Calling history buffs, explorers, and lovers of travel. Exodus Travels quenches the thirst for knowledge with these Educational Travel Adventures. From Jordan to the Amazon, Greece to Iceland, keep learning with these educational travel adventures.

The cool thing about travel is all the new discoveries and experiences. Travel abroad expands your horizons (literally and figuratively). My travels have taken me to all over the world, from Israel and Thailand, New Zealand and Hawaii, Italy and national parks in the United States. And for those who never want to stop learning, Exodus Travels invites knowledge-craving travelers to pack their bags and head straight to the source of earth’s greatest discoveries, ancient civilizations and evolving species with their more than 600 tours to over 100 countries worldwide.

Now it’s your turn. Where do you want your educational travel adventures to take you?  Need some ideas? Check out Exodus’ top 13 educational trips below: 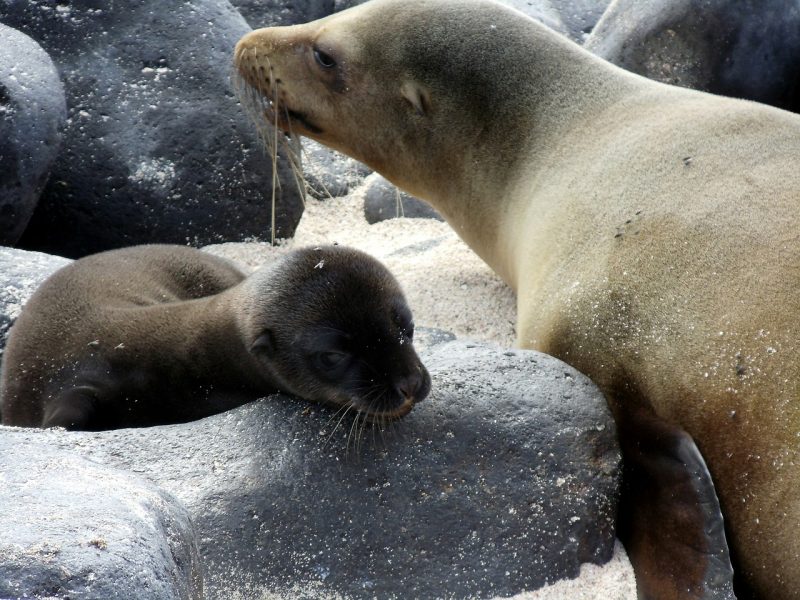 Spend 7-nights on a first-class schooner exploring the islands and wildlife that inspired Charles Darwin’s Theory of Evolution and subsequent book On the Origin of Species after his visit in 1835. With Exodus’ naturalist guide, snorkel with sea lions and rays, watch the courting rituals of blue-footed boobies, visit the giant tortoise breeding center, and marvel at the largest colony of penguins in the Galapagos Island. 11-days from $4,395 USD.

The desert landscape of Wadi Rum sets the stage for a 12-day jaunt across this Holy Land’s ancient cities like Petra, dating back to 300 B.C., famously dotted with tombs and temples carved into the pink sandstone cliffs. A religious mosaic, Jordan is sacred for its connection to Abraham, Moses, John the Baptist and Mohammed. 12-days from $1,905 USD.

Study the Amazon ecosystem as you cruise to your jungle lodge camouflaged within the Tambopata Reserve. Trace the high-altitude footsteps of ancient Incas from Cusco, once the center of the largest empire in pre-Columbian America, to the 15th-century citadel of Machu Picchu. Enjoy a lesson on island-living with a homestay on Amantani Island. 15-days from $3,155 USD.
Small image

Sample Palermo’s fragrant street food, and learn from local chefs during a cooking class in Trapani, where foodies can taste the influences of Greek, Spanish, French and Arab cultures that established themselves on the island thousands of years ago. Sip and swirl full-bodied reds in Etna, home of Europe’s highest active volcano, and where Zeus trapped the monster of Typhon, according to ancient Greek mythology. 8-days from $1,625 USD.

Cycle the birthplace of western civilization taking paths that lead to ancient Greek sites, such as the Temple of Olympian Zeus, the Roman Forum, and the towering Acropolis. Cruise to Galatas by boat, and cool off in the Aegean Sea before cycling through ancient olive groves and vineyards, sampling local cuisine along the way.

Travel across Iceland’s coast of evolving landscapes and active volcanoes and follow in the footsteps of Viking settlers that traveled here in the late 9th century A.D. Search for the dancing Northern Lights, and learn how the light in the Earth’s atmosphere creates this stunning phenomenon. Don crampons and climb glaciers before soaking in the Blue Lagoon’s thermal baths. Five-days from $1,745 USD.

An active lesson in world religion, cycle to sacred Hindu temples and Tibetan monasteries and follow the famous ridgeline that was first extolled by Penelope Chetwode, daughter of the Commander in Chief of the British Army in India in 1931. Visit historic farms, tea plantations and spend time with the locals. 16-days from $1,825 USD.

Experience a rare opportunity to explore ancient Persian relics, like the magnificent Persepolis where the earliest remains date back to 515 B.C. Study the Zoroastrian heritage, one of the oldest world religions, and visit its important sites like the Fire Temple, which houses a flame said to have been burning for more than 1,500 years. Travel to Maymand, one of Iran’s troglodyte villages and meet with cave dwelling locals. 15-days from $3,315 USD.

Walking the Great Wall of China

Journey along the Great Wall, an Ancient Wonder of the World. The unifying of its fortifications was first commissioned by Qin Shi Huang, the first emperor of China. Hike its most remote sections such as Mutian Yu, built in the mid-6th century B.C. and used as a barrier defending the capital and imperial tombs. Return to the capital city of Beijing and wander the courtyards of the Forbidden City and Tianamen Square. 9-days from $1,235 USD.

“Travel is fatal to prejudice, bigotry, and narrow-mindedness, and many of our people need it sorely on these accounts. Broad, wholesome, charitable views of men and things cannot be acquired by vegetating in one little corner of the earth all one’s lifetime.” – Mark Twain, The Innocents Abroad
Where will your next Educational Travel Adventure take you?