Israel, Visit to the Holy Land

A few years ago, I embarked on a once in a lifetime journey to Israel, the Holy Land. Growing up in the Bible Belt of Iowa, the legendary “land of milk and honey” was discussed often as a faraway land, where none of my family, mere farmers, blue collar workers and “gasp” Iowans would ever get the opportunity to visit. But here I am looking forward to a visit to Galilee, Tel Aviv, Jerusalem,  Negev desert, and Dead Sea. I’m even going to throw in a camel safari and some other such adventures.

How to Get to Israel

Israel boasts warm winter sunshine while we (Europeans and Americans) are shivering under layers of clothes and winter snows. Israel is a short few hour flight from Europe, but it is a lot of flight time out of Newark at 12+ hours! Whether or not you are “religious,” the history of Israel is mind-boggling. The opportunity to walk where Jesus did on the shores of Galilee and in Jerusalem is priceless. Israel is a heaping helping of sightseeing with unique religious, historical and cultural sites. For the adventurer, choose sports and hiking, rappelling, and camel safaris.

Tel Aviv lives up to its nickname as “the city that never stops” with a vibrant night life that often greets the sunrise. In 2012, Lonely Planet named it the “Miami of the Middle East,” reinforcing this seaside city’s celebrated reputation for power partiers of New York and European standards.

For those that just want to kick back and relax, there’s those miles and miles of Mediterranean sea and sand.

Exploring the New and Old in Jerusalem

Jerusalem, a Middle Eastern city west of the Dead Sea, has been a place of pilgrimage and worship for Jews, Christians, and Muslims since the biblical era. Its Old City retains significant religious sites concentrated around the Temple Mount compound, including the Western Wall, sacred to Judaism, and the Dome of the Rock, a 7th-century Islamic shrine with a gold dome.

Named for olive groves that once covered it, Mount of Olives or Mount Olivet is a mountain ridge east of and adjacent to Jerusalem’s Old City. The Mount has been used as a Jewish cemetery for over 3,000 years and holds approximately 150,000 graves, making it central in the tradition of Jewish cemeteries.

Floating in the Dead Sea

The lowest spot on the face of the earth at more than 1,300 feet below sea level, and a natural health spa, travelers shouldn’t miss the opportunity to experience the Dead Sea.

But wait there’s more. From Tel Aviv to Jerusalem, Galilee to Negev desert,  my trip to Israel was a priceless, poignant and inspiring journey through most of that beautiful country. 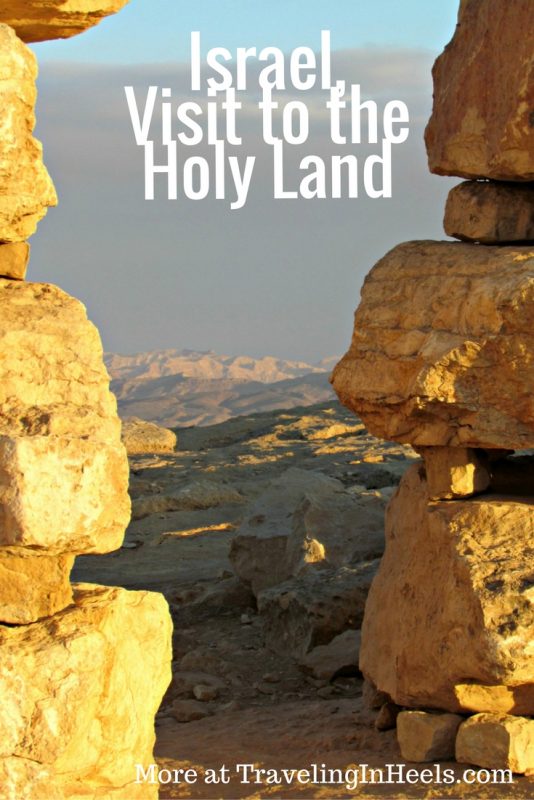