Why You Should Visit Toy Story Land This Summer 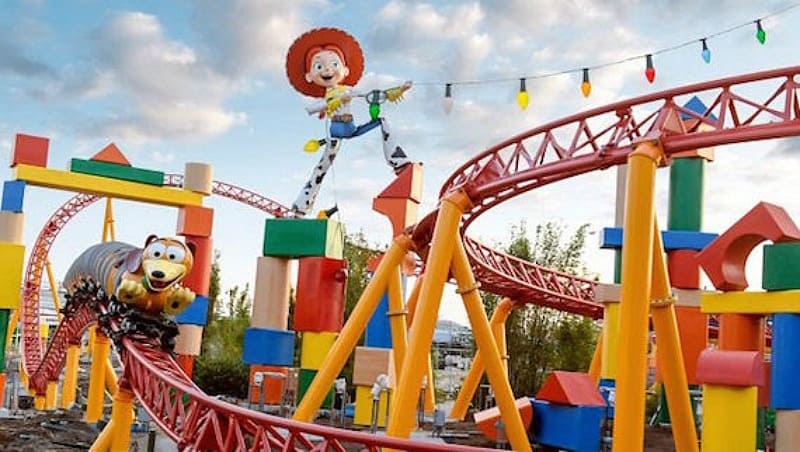 Two of my grandkids’ first Disney experience was back in 2014. I remember my then 7-year-old grandson’s excitement at actually meeting Buzz Lightyear in person at Disneyland.  It sparked the first of many magical Disney moments. Now flash forward to the announcement that Toy Story Land will open at Walt Disney World this summer on June 30, 2018 — and the magic is just beginning. As a fan of Disney and Grammie to 8 grandchildren, here are my reasons why you should visit Toy Story Land this summer.

Why You Should Visit Toy Story Land This Summer

From infinity and beyond…yeah, I know cheesy perhaps, but it’s true. I recently attended the Disney Social Media Moms Celebration (which I paid a fee to attend). The #DisneySMMC event included a conference and amazing insight to upcoming Disney attractions and news. 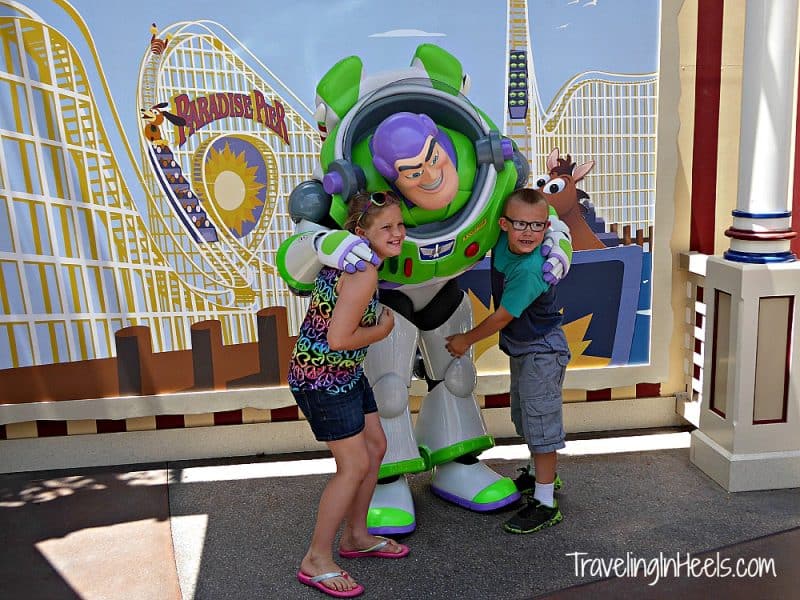 My grandkids loved character meet-ups at Disneyland including photo opp with Buzz Lightyear on their first Disney visit in 2014.

And the buzz of the event was the upcoming opening of the beloved  Toy Story Land. Here characters will come alive at Walt Disney World’s Hollywood Studios on June 30, 2018. True to magical Woody fashion, the Imagineers did indeed “reach for the sky!” This whimsical new addition to Hollywood Studios promises to bring out the kid in all of us.  And here’s why you should visit Toy Story Land this summer — and to infinity and beyond.

A brand new, 11-acre land will open in Hollywood Studios in just a few short months. Read on for my 5 reasons why you should visit Toy Story Land this summer — and take your multigenerational family for your next Disney vacation! 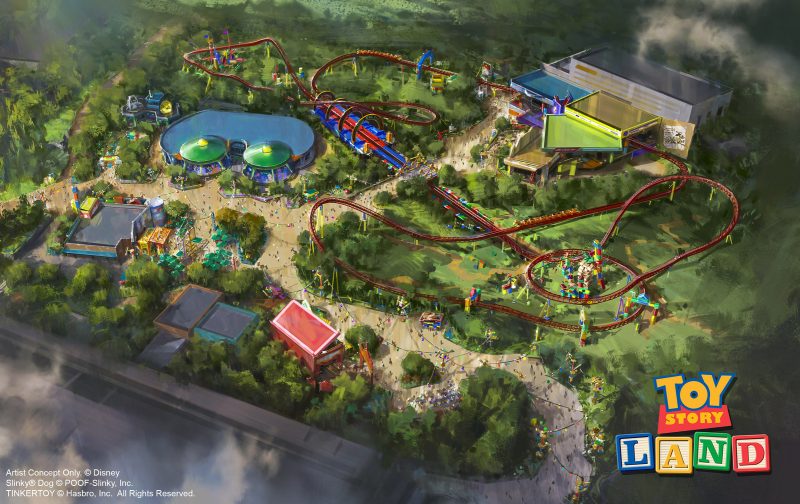 The reimagining of Disney’s Hollywood Studios will take guests to infinity and beyond, allowing them to step into the worlds of their favorite films, starting with Toy Story Land. (Disney Parks) (PRNewsfoto/Walt Disney World)

Perhaps one of my fondest (=scariest) memories of visiting Disney was way back when my now adult kids were teens and watching the Honey I Shrunk the Audience.  Come on — do you remember that whoosh of air under your seat that you felt were mice? Eeks. 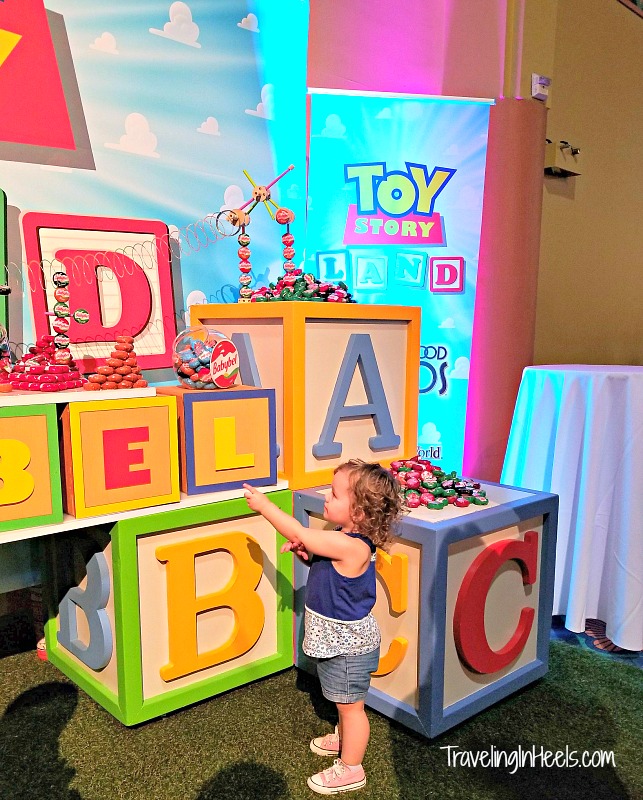 I mentioned that memory as the new Toy Story Land is creating an environment that makes guests feel that they’ve been shrunk to the size of Woody and Buzz. This is accomplished by surrounding the “land” with oversized toys that Andy assembled using his imagination. Oversized toys include building blocks, plastic buckets, shovels and game board pieces, creating the perfect setting for this new land.

My 2-year-old granddaughter was fascinated with the building blocks on display during this recent #DisneySMMC event — and you know she was seconds away from climbing on them! (Or maybe it was that scattered on the blocks was her favorite snack – Babybel.) 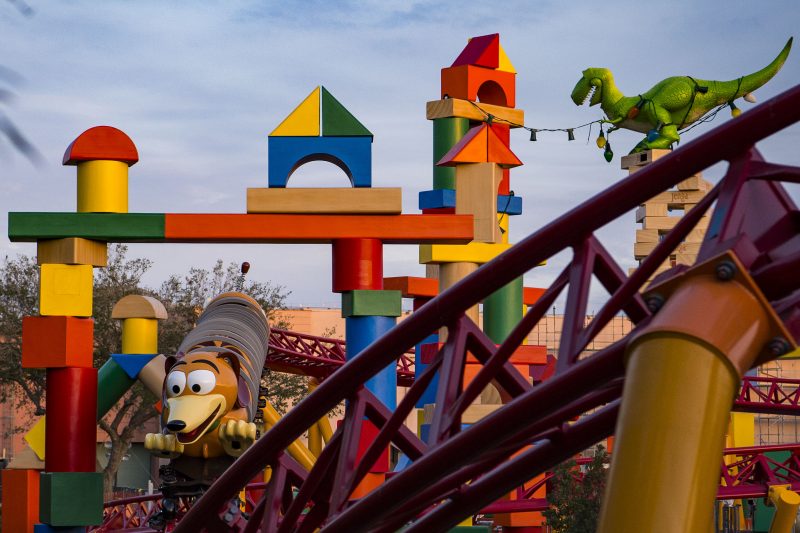 Guests will whoosh along on a family-friendly roller coaster, Slinky Dog Dash (pictured under development), take a spin aboard Alien Swirling Saucers and score high on the midway at Toy Story Mania! (Matt Stroshane, photographer)

It’s no secret that this Grammie LOVES rollercoasters – and especially Walt Disney World rollercoasters! And I’m sure that the Slinky Dog Rollercoaster will be one of the most popular rides in the park, which is why it lands on one of the reasons why you should visit Toy Story Land this summer.

This family-friendly coaster will offer even smaller kids a fun ride with height requirements at 38 inches. All aboard as the colorful and fun ride takes you and Slinky dog zipping around the track, offering what might be the best views of Toy Story Land.

Toy Story Land Fun Fact: The weight of the Slinky Dog Dash track and support columns weighs almost as much as 125,000 gallons of milk. 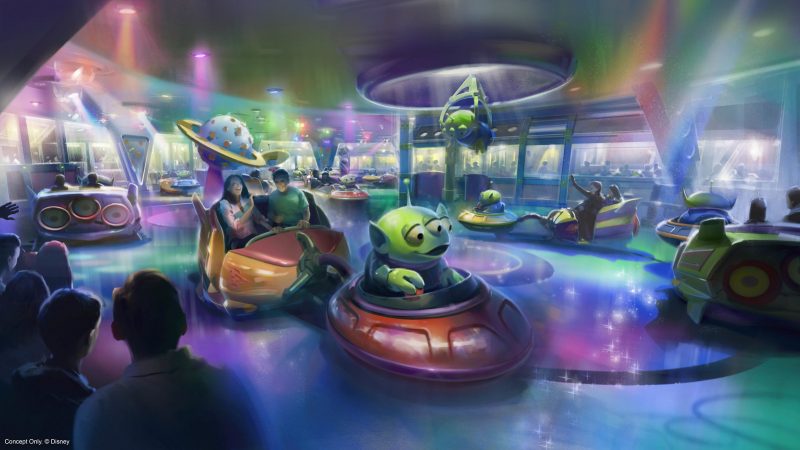 Kid love those belly tickles, right? All aboard the Alien Swirling Saucer that takes riders through a play set won by Andy at Pizza Planet.  My grandkids would love to the one to be chosen by “The Claw.”  At a height limit of just 32 inches, this family-friendly ride with fun lights and music is guaranteed to give those belly tickles and belly giggles to kids of all ages!

Toy Story Land Fun Fact: Together Rex and the Jenga Tower are as tall as 7½ Green Army Men standing on top of one another. 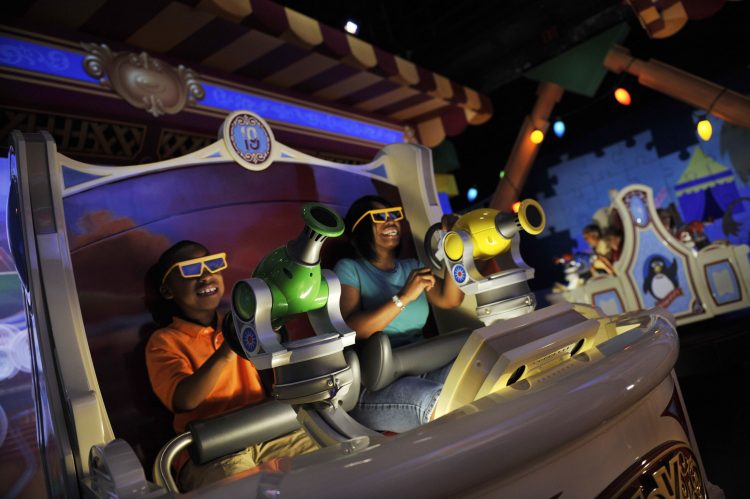 We are a competitive family, and we love issuing a family-friendly challenge — and Toy Story Mania is that and more. With 3-D glasses in place, the grandkids and I spring into action at Disney’s Hollywood Studios. The cutting-edge ride-through attraction combines the fun of a video game, 4-D technology and interaction with favorite Disney-Pixar stars.

This ride is getting an update with a new entrance designed like a toy carnival box game. We can’t wait to see what fun we’ll have on the new ride — and the loser buys Dole Whips for everyone!

Toy Story Land Fun Fact: You would need a backpack the size of a school bus to carry the Buzz and Woody figures that tower over Toy Story Land. 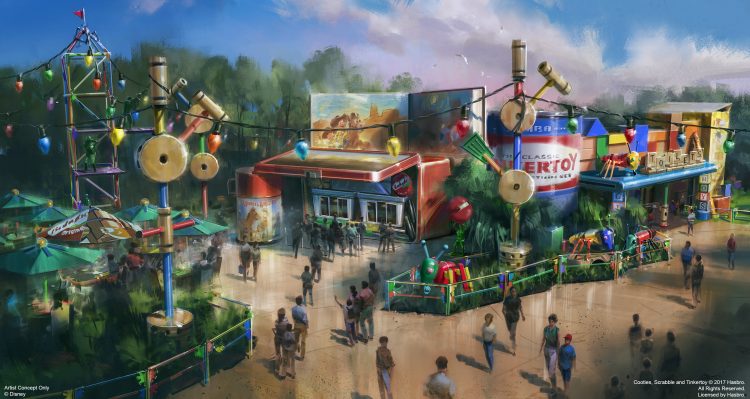 After your Toy Story Land adventure, you’ll need to fill up on some good eats.  Stop by Woody’s Lunch Box for tasty meals or old-fashioned soda floats. And my granddaughter will give me her big smile when we order a Mini Babybel, in collaboration with the Disney Parks. The restaurant will also be surrounded by a giant vintage thermos and some of Andy’s favorite toys.

Toy Story Land Fun Fact: Together Rex and the Jenga Tower are as tall as 7½ Green Army Men standing on top of one another. 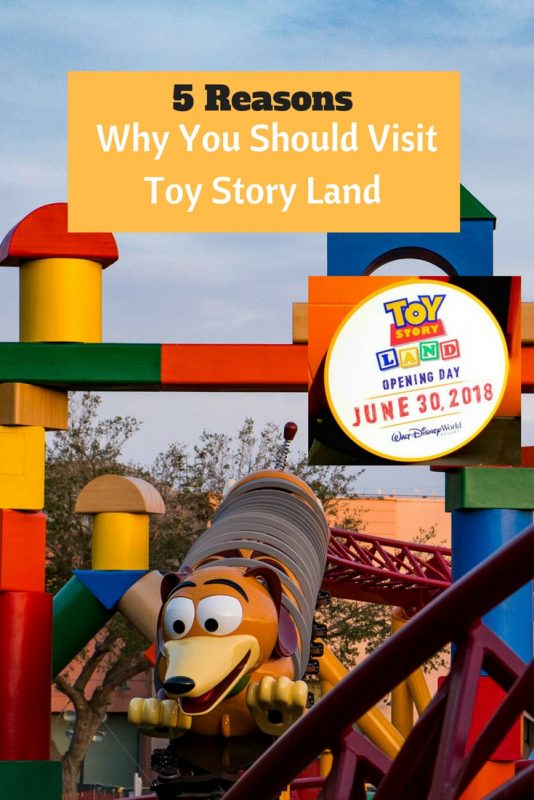