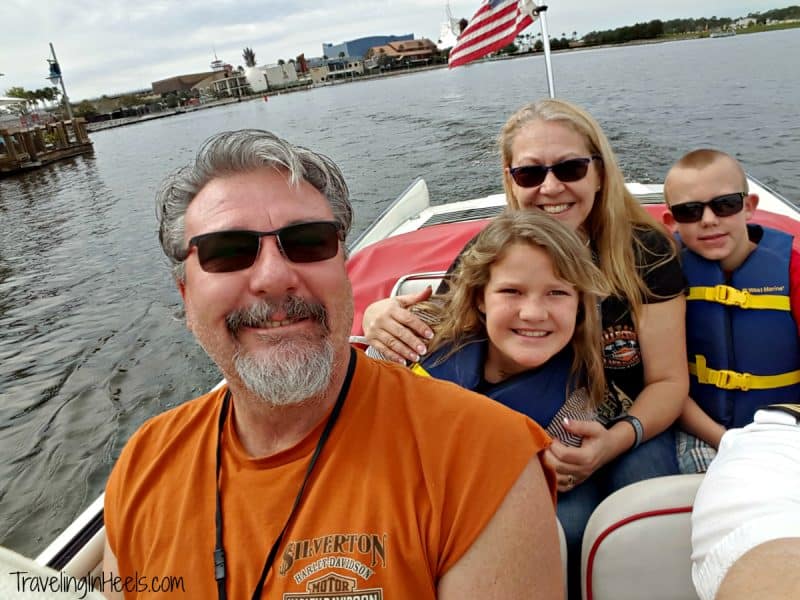 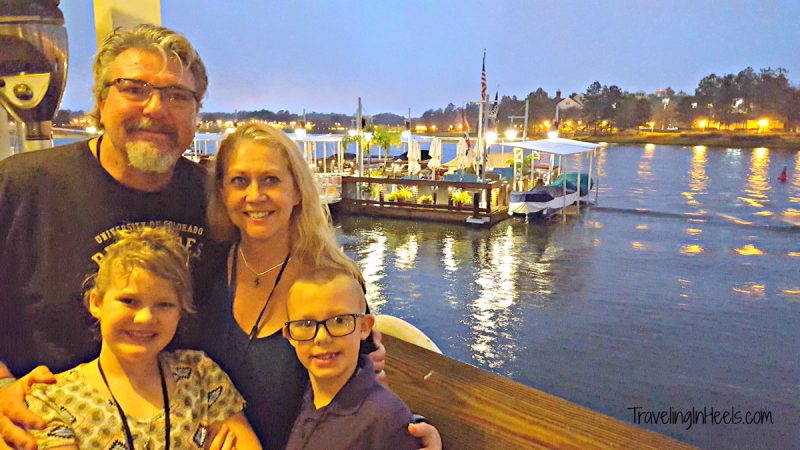 Confession: I’m a fan of Disney, perhaps because my first visit to the magical theme park wasn’t until I was an adult. I took my (now adult) kids as often as I could, but my grandkids have certainly reaped in the Disney love with now multiple vacations at Walt Disney World and one to Disneyland.

I think I know what the grandkids like to do at Disney, but I decided to ask. My then 11-year-old granddaughter (now 15), and with lots of advice from then 9-year-old grandson (now 13), hand-picked their favorites from our experiences during #DisneyGrandAdventure and our other Walt Disney World family vacations.

What is the cost of  Disney World Vacation? Use this Disney World Cost Calculator from our friends at TravelWithAPlan.com

Read on for my grandkids Top 12 Picks: Best of Walt Disney World, starting with an introduction by my granddaughter Kaydence and her first guest blog post. 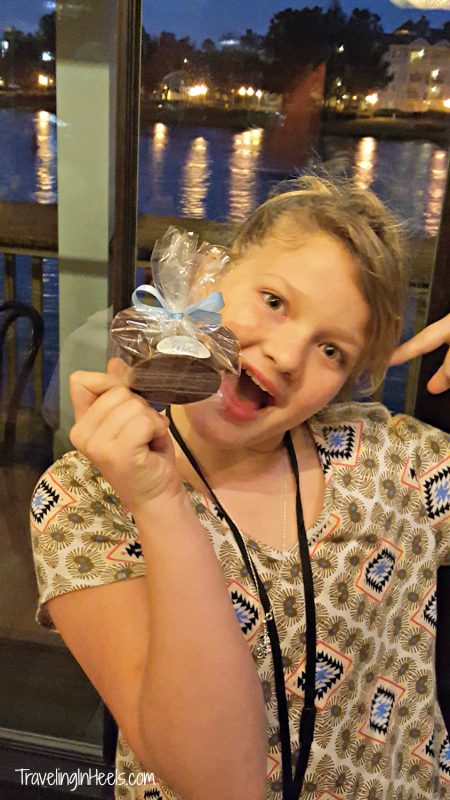 Walt Disney World is a magical place and great for families looking for an adventure, according to then 11-year-old Kaydence.  WDW has it all for all ages, from rollercoasters to fireworks.  I know you’ll have a good time. Personally I love Disney. My grandparents took me, and I had a blast. But not just me, my brother also came, and it was the first time we didn’t fight every 5 minutes.

It was my Grandpa’s first time at Disney, and Grandpa felt the wind when riding a Disney rollercoaster — and we all laughed. He also tasted a nice ice cold beer near the pool at Disney’s Saratoga Springs Resort & Spa.

See – I told you that Disney is for all ages!

Maybe I’m too old for a character breakfast, but this was a nice, fun experience for me. At Disney’s Polynesian Village Resort, ‘Ohana is their version of the character breakfast serving family-style scrambled eggs, Island-style fried potatoes, Hawaiian pork sausages, smoked bacon (and I love bacon!), and a variety of fresh fruits and bread.

But the best part is that you get to meet some famous Disney characters, such as Stitch, Lola, Goofy, and Mickey. If you have young ones, they will LOVE this although one of the little kids was kind of scared of the characters. 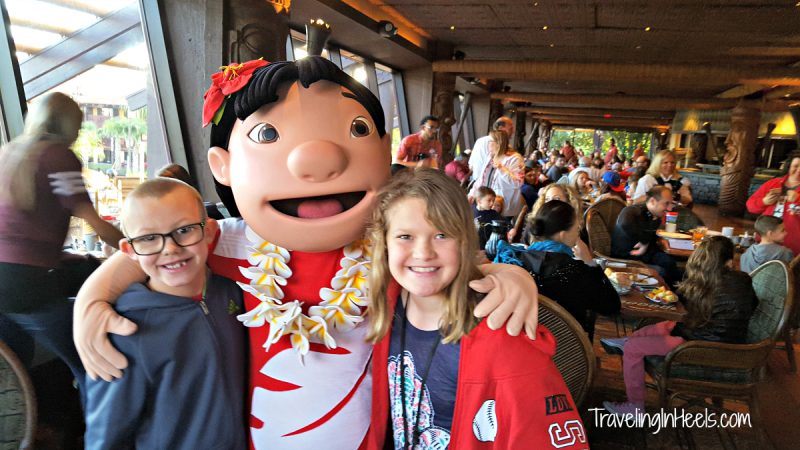 Character breakfasts are a fun way to meet Disney characters — and the food is really good too.

11. The Festival of the Lion King – Disney’s Animal Kingdom

Oh wow, the Festival of the Lion King at Disney’s Animal Kingdom is a fun, mind-blowing live play. You’ll see acrobats, fire throwers, and great singers. I loved the acrobat monkeys. But there’s a whole lot to love about this show! 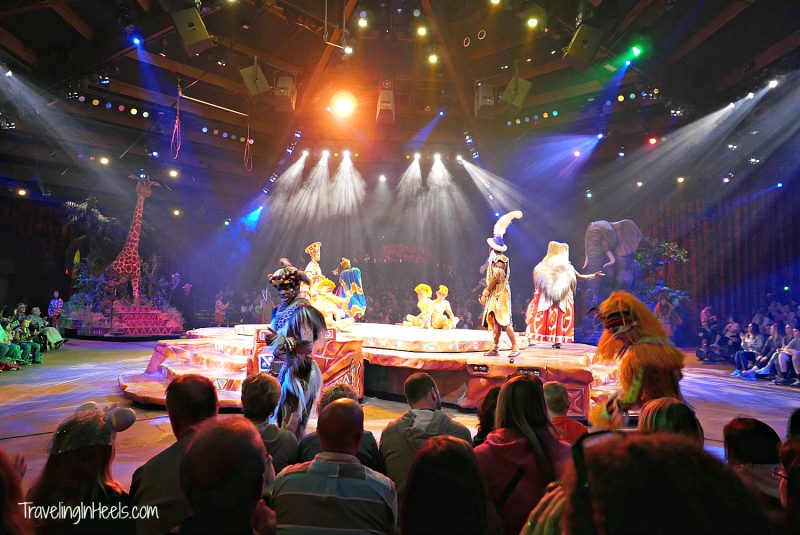 Oh wow, the Festival of the Lion King is a fun, mind-blowing live play in Disney’s Animal Kingdom, and 1 of 12 Kids Top Picks at Walt Disney World

Fireworks are a fun family experience that will keep memories forever. I love all of the colors and different patterns of Walt Disney World fireworks. I’ve watched the fireworks at the Magic Kingdom and Epcot. No matter where I see Disney fireworks, I am happy. 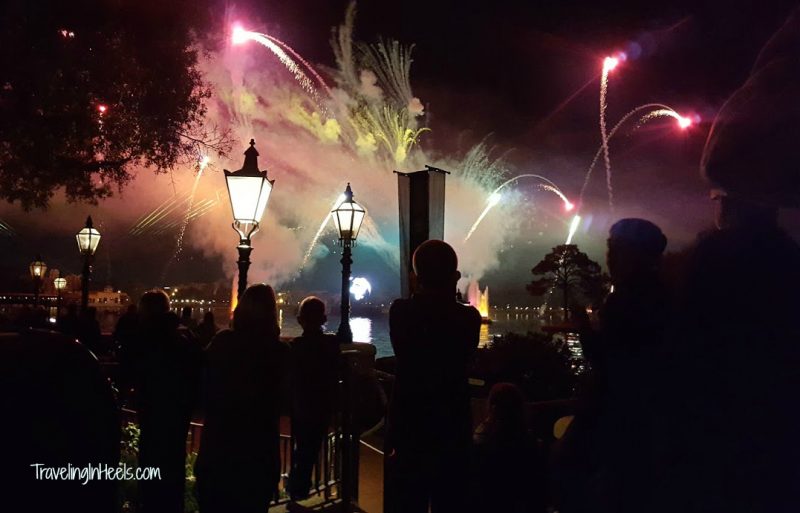 So many places to watch Walt Disney World Fireworks including Epcot’s IllumiNations: Reflections of Earth

This is a cool movie review of Old Classics, some I had watched and others that now I want to go and see. You ride a boat through different movie sets like Wizard of Oz and Mary Poppins. I learned that Grandma had never seen Mary Poppins movie — can you believe that? There are actors on board too who are also guides. Grandpa really liked this ride, so we did this twice.

My grandma, me and my brother love to ride roller coasters. The Big Thunder Mountain is a rollercoaster that is not too soft and not too hard. I liked the up and down hills on this ride. We even convinced Grandpa to ride this, and he liked it although he would only ride it once.

7. Amphicar at The Boathouse – Disney Springs

Until we visited Disney Springs, I didn’t know that there were cars that could also float in the water. These are old cars from the 60s, and when you are floating in the car on the lake, I felt like a celebrity because everyone was always taking a picture of our family in the car.

On land and on water, riding the vintage Amphicar at The Boathouse in Disney Springs

Expedition Everest is a fast, jerky roller coaster.  I like going backwards. This is fun, scary, and we were screaming all the way. My brother and I wanted to ride this rollercoaster more. but we ran out of time.

Space Mountain is a roller coaster that makes you feel like outer space. Your ride is in the dark, and I really liked going through the stars. 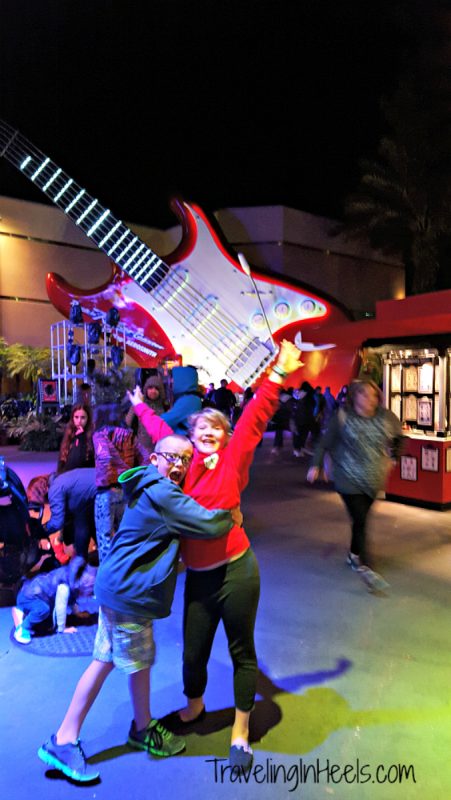 We rode the Rock ‘n’ Roller Coaster the most times, probably at least 10 the last time, but altogether a lot more than that. We think this is the second-fastest ride in Walt Disney World. (And Hollywood Studios is our favorite theme park that we visit the most.) It’s a short ride but with long memories.

We talk about the Twilight Zone Tower of Terror ride all year, and we always try to do this ride first and then the very last. I love the belly tickle when the ride drops (secured) from the very top of the tower. 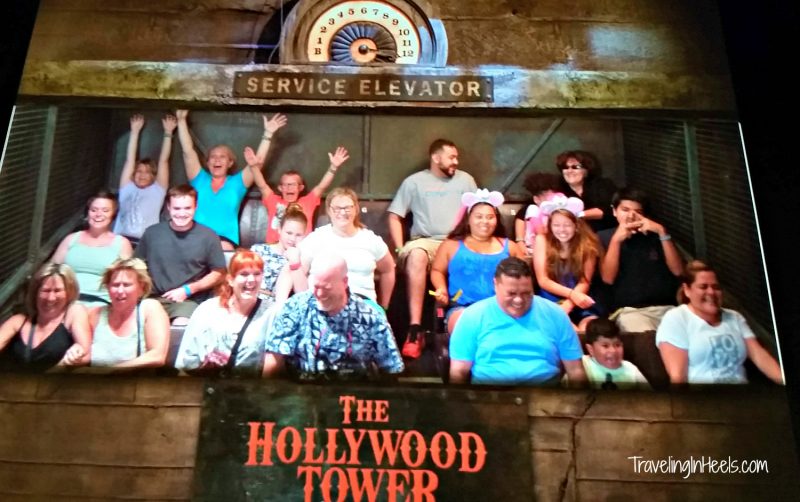 Yes that’s our multigenerational family with our hands raised high like we don’t care on the Twilight Zone Tower of Terror, Walt Disney World

Princess makeover, hello! Bibbidi Bobbidi Boutique is where you can get dressed like a true princess with makeup and even a Princess sash. I liked that the hairdressers always called you Princess.  While I was getting my Princess makeover, my brother got a pirate makeover at The Pirates League. He looked scary, don’t you agree? 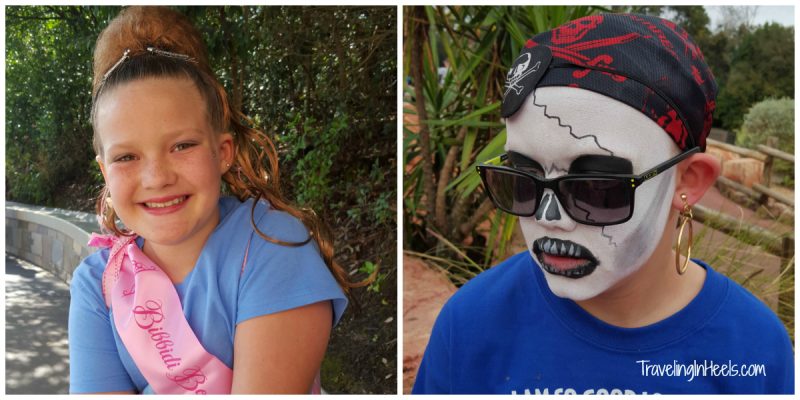 I think this was the most fun a family could have together. Hoop Dee Doo Musical Revue is a comedy play where you can eat and watch the actors and actresses sing, dance and act about how people come from different areas. I loved the comedy, and it was really fun when they asked for volunteers from the crowd. 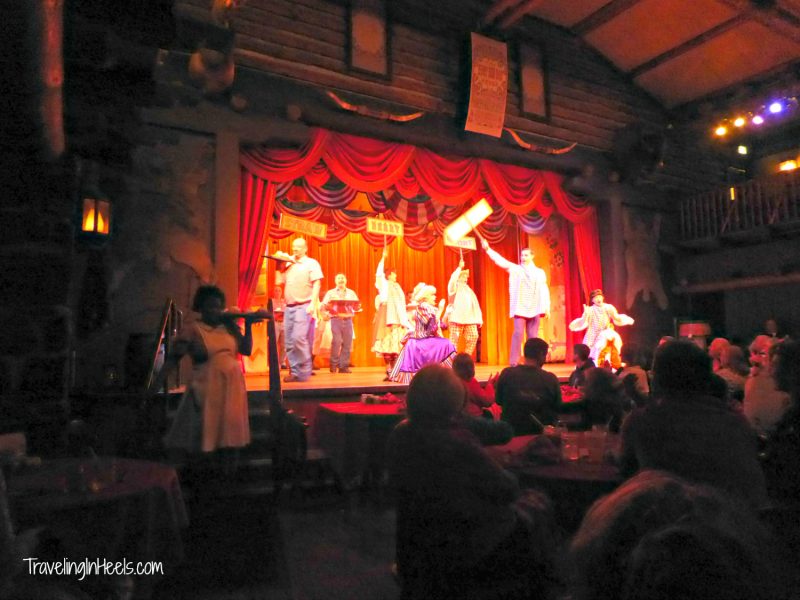 The stars of the play ask the audience if there are any special occasions, and then announce it and have fun with the audience. We were very lucky to meet some of the cast members after the show as over. I asked them a few questions, like when did they get started acting. Most of them started acting when they were kids! 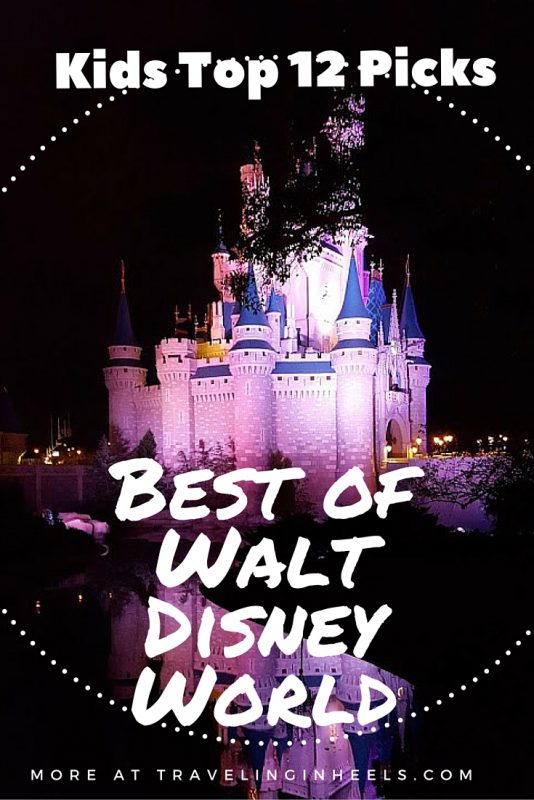 Walt Disney World provided accommodations and tickets for this Disney Grand Adventure for the purpose of a review. Opinions expressed are our own.