From operas to plays and Broadway shows, Denver’s theatre scene is pretty special to the locals. But until last month, not many outside of the Mile High city recognized how much we valued our theatre. Theater fans started to look twice at Denver’s potential. This week, my granddaughter and I were two lucky ducks that got to see the Broadway-bound Disney’s Frozen heat the Denver stage first hand. Read on to see why we loved it!

In 2016, Disney announced that the stage-musical adaption of its animated film Frozen would be staged and worked out in Denver in 2017. When my invitation to preview the Broadway-bound frozen arrived, I immediately thought of my granddaughter. Although the recommended age is 6 and over, she is a fan of plays and the stage, so she was all in. And we were both excited to preview what we had been reading about so much here in Denver. 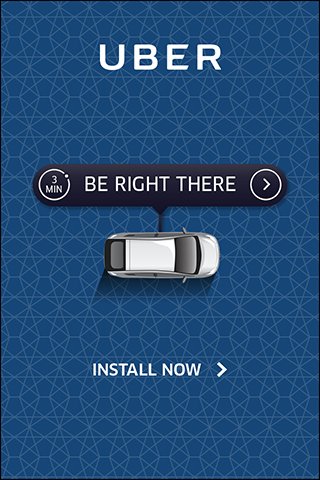 My 13-year-old granddaughter and I put on our fancy dresses, touched up our makeup and hair, and drove to downtown Denver for a theater girls night out. The much-touted Broadway-bound Disney’s Frozen was appearing at the Buell Theatre in the Denver Center for Performing Arts (DCPA) — and we couldn’t wait to see it.

The DCPA walkways overflowed with little girls dressed in Elsa and Anna costumes, parents tugging their kids toward the Buell theatre entrance and couples out for a romantic night out on the town. Even on a Thursday evening (aka school night), the theatre was packed and ready to be wowed.  And wowed they were.

Unless you have been living on another planet, or perhaps you’re kid-free, so missed the animated Disney’s Frozen.  My recent Walt Disney World family vacation with my son, daughter-in-law and 3-year-old granddaughter just HAD to include watching their Frozen stage performance.  Sure, it’s made for kids, but Disney always presents amazing animation for both kids AND adults. 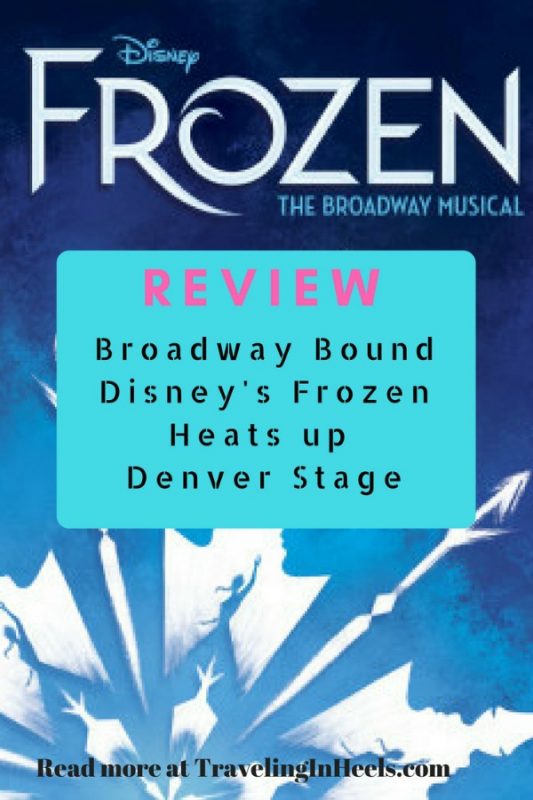 Disney’s timeless tale of two sisters pulled apart by a mysterious secret. As one young woman struggles to find her voice and harness her powers within, the other embarks on an epic adventure to bring her family together once and for all. Both are searching for love. They just don’t know where to find it.

Why We Loved Broadway-Bound Frozen on the Denver Stage

There are so many reasons why we loved the Broadway-bound Frozen on the Denver Stage. Here are the top reasons:

What an amazing opportunity for Denver to preview a BROADWAY show before it heads to New York! We are lucky lucky lucky! (And we also have great restaurants near Denver’s theatre district!)

After this preview, I feel theater fans around the world will start to look twice at Denver’s potential with its amazing arts, culture, and theatre. Before it goes to Broadway early next year, the stage-musical adaptation of Disney’s animated film is being staged and worked out in Denver

2) The stage sets stole the show.

A big ol’ standing ovation to the stage crew, as these sets were stunning and truly made the Frozen debut in Denver even more magical.  From the lightning bolts to Elsa’s flashing power bolts across the backdrop to the realistic landscapes, the running crew expertly created beautiful settings, backdrop, and lighting that made this stage-musical adaption of Disney’s animated film come to life.

And then there’s Sven, the rather clumsy reindeer — trust me, you’re going to love what he looks like!

Of course, when you have a stage-musical and it is Disney, the music and choreography literally keeps the stage alive.  Lots of sing-a-long opportunities from the movie.  My granddaughter and my favorites were:

Starting with Young Anna and Young Elsa and segueing into the adult Anna and Elsa, and the cast in between, the cast will have you saying OMG!  The songs may be over-the-top but if you don’t have a cast that can pull it off — and do those fun choreographed dancing — the show would not come alive.

What We Didn’t Love About Frozen on the Denver Stage

I am not a theatre critic (disclaimer), but I am a fan of plays and shows. I’m also a fan of Frozen and its storyline. For those not familiar with the story (pshaw, say it isn’t so!), the initial set-up of the relationship during this performance between the two princesses and sisters Elsa and Anna is fun and playful — and spot on.

When the conflict between the sisters and princesses occurs in the story, the older sister Elsa is unable to control her magical power of ice and snow and accidentally hits Anna with a powerful jolt and puts her in a magical coma. During the Broadway show, it is unclear how Anna is injured and why her older sister is avoiding her, so you might feel a little lost (if you aren’t familiar with the story).  You’ll be just like Anna who has no idea why her sister is avoiding her.

Other than that, the two and a half hour show moves along very quickly and you’ll be on the edge of the seat.  And giving a standing ovation — just as the entire audience did on the night we attended.

And giving a standing ovation — just as the entire audience did on the night we attended.

What You Need to Know: Disney’s Frozen at the Denver’s Buell Theatre

Dates: Now through October 1, 2017.*
Run Time: Approximately 2 hours and 30 minutes, including intermission
Ticket Price: Starts at $30 – NOTE: Everyone regardless of age must have a ticket
Age Recommendation: 6+
TIP:  Tickets are selling out fas for the Denver stage. Consider booking a midweek performance for a better chance at scoring tickets. Tickets can only be purchased at Denver Center for Performing Arts.

What You Need to Know: Disney’s Frozen at St. James Theatre, Broadway

Dates: Preview Feb 22, 2018, Opening Mar 22, 2018, Dates through August 2018*
Run Time: Approximately 2 hours and 30 minutes, including intermission
Ticket Prices: Start at $109.50 View shows and ticket prices here
Ticket Price: Starts at $30 – NOTE: Everyone regardless of age must have a ticket
Age Recommendation: 6+
*Please note at both locations…Advisory: Fog, haze, and strobe will be used during the performance. No photography permitted in the theatre.

Your first look at ‘Frozen’ in Denver from Aug 17 – Oct 1, 2017, at the Buell Theatre. This summer, Denver is home to Disney’s new Broadway-bound musical Frozen and you can be among the first to see it! Inspired by the hit award-winning film, Frozen will feature more music, incredible stagecraft, and the epic story you love – now told as a full-length Broadway musical. Info: 303-893-4100 or denvercenter.org

Tonight we celebrated our Pre-Broadway Opening in Denver! Congratulations to the entire cast and crew. Next stop, Broadway – February 2018! pic.twitter.com/TQqTRDHycj

What’s your favorite scene of the Broadway-bound Disney’s Frozen? Share with us in comments below.

Disclosure: DCPA provided tickets for the purpose of a review; opinions expressed are my own.

5 “P” Skills of Digital Nomads: How To Survive On the Road British Columbia: An Outdoor Lover’s Dream

Most Important Things to Pack When Traveling

Traveling for Fashion and Why You Should Try It