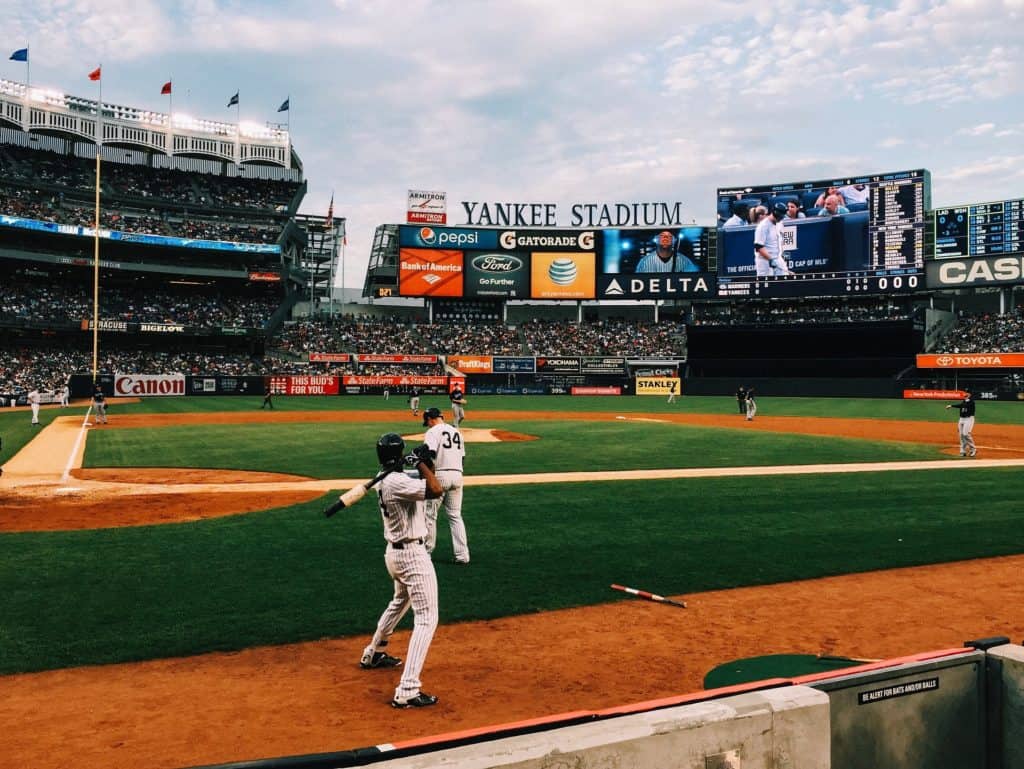 As one of the most visited cities in the world, New York City tops most travelers lists as favorite destinations. Perhaps the most Americana thing to do in New York City is watching a baseball game, but there is so much more to do in the Big Apple than baseball. We invite you to visit New York City for a Yankee game, and then stay to explore and experience the city.

Visit New York City for a Yankee baseball game, stay for all the fun things to do in NYC. Photo: Pixabay

“Start spreading the news. I am leaving today. I want to be a part of it. New York, New York.”  Almost as soon as you pack your bags to visit New York City, this song starts repeating over and over — and yes, it’s true: New York City is that amazing.

Spring is everyone’s favorite time of the year especially in NYC with the MLB season just around the corner (bar any more delays due to the COVID-19 outbreak). Even with all the fierce competition out there, the New York Yankees just hit the jackpot with their latest find, after scoring their nine-year contract with Gerrit Cole, the star pitcher that helped Houston Astros reach their victory in the 2019 World Series. 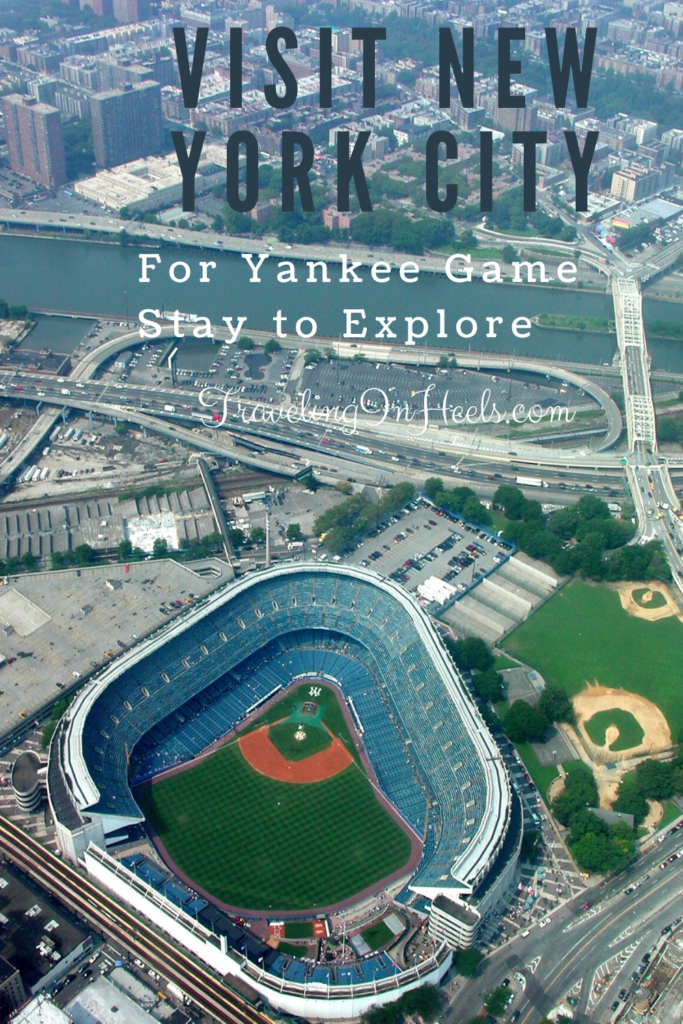 But there’s more to New York City than just the Yankees. It’s okay to visit for a Yankee game but make plans to stay and explore the Big Apple before and after the game. Check out the best activities that include visiting Yankees Stadium.

Could This Be the Yankees Year? 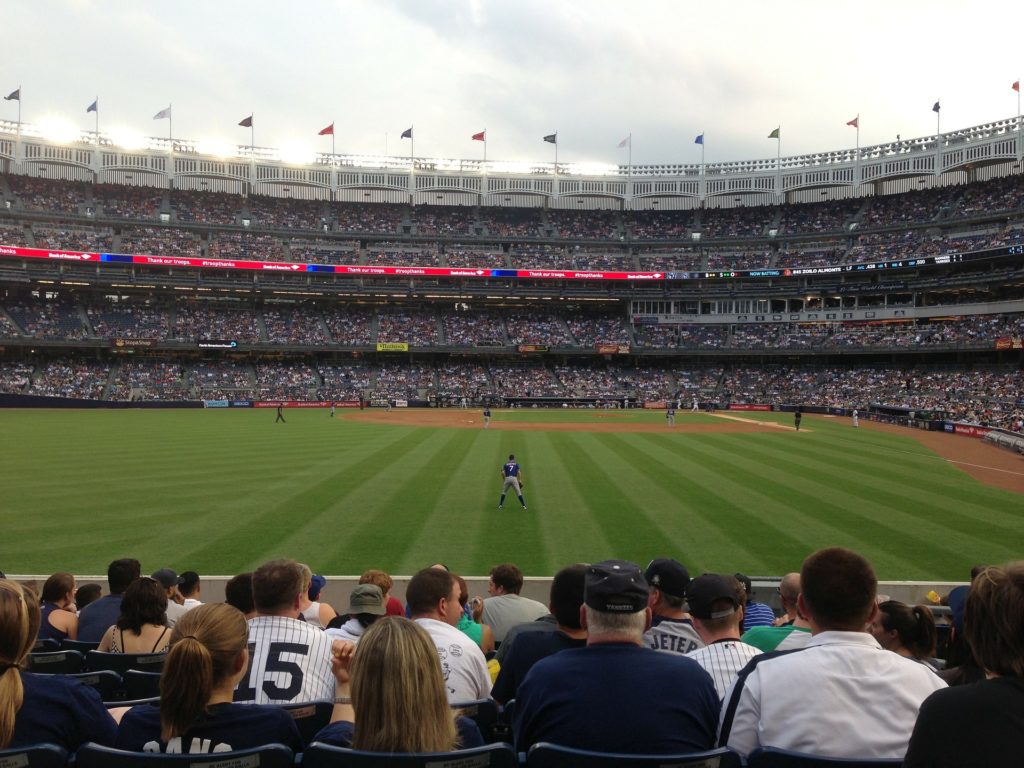 At the Yankees Stadium in New York City, fans “root, root, root, for the home team, If they don’t win, it’s a shame
It’s one, two, three strikes you’re out
At the old ballgame.” Photo: Pixabay

The New York Yankees have won 27 World Series Championships (more than any other team in the MBL). Last year they lost to the Houston Astros and didn’t win a title at all in the 2010s.

Things are looking up for the Yankees this year. Even though the odds were against them when over 30 players were down in 2019, they came back by winning 103 games and the AL East Crown after a seven-year drought.

Apart from having offense players like DJ LeMahieu and Gary Sanchez on their team, Gerrit Cole (their prized possession) is one of the best pitchers in the sport. Cole pitched over 200 innings in the last three seasons. This year’s season is going to be intense, and no one in their right mind would miss out on what might the most competitive year in the MLB with everyone bringing their A-Game.

Why not take advantage of visiting them in their hometown in May*? Visit the Yankees Stadium and watch them in action before it gets too hot to go outside. It can also be a fun idea because you can claim that you saw them before they reached the finals.

Here are a few of the home games that you can watch in May*:

The Best Place to Stay Near the Yankee Stadium 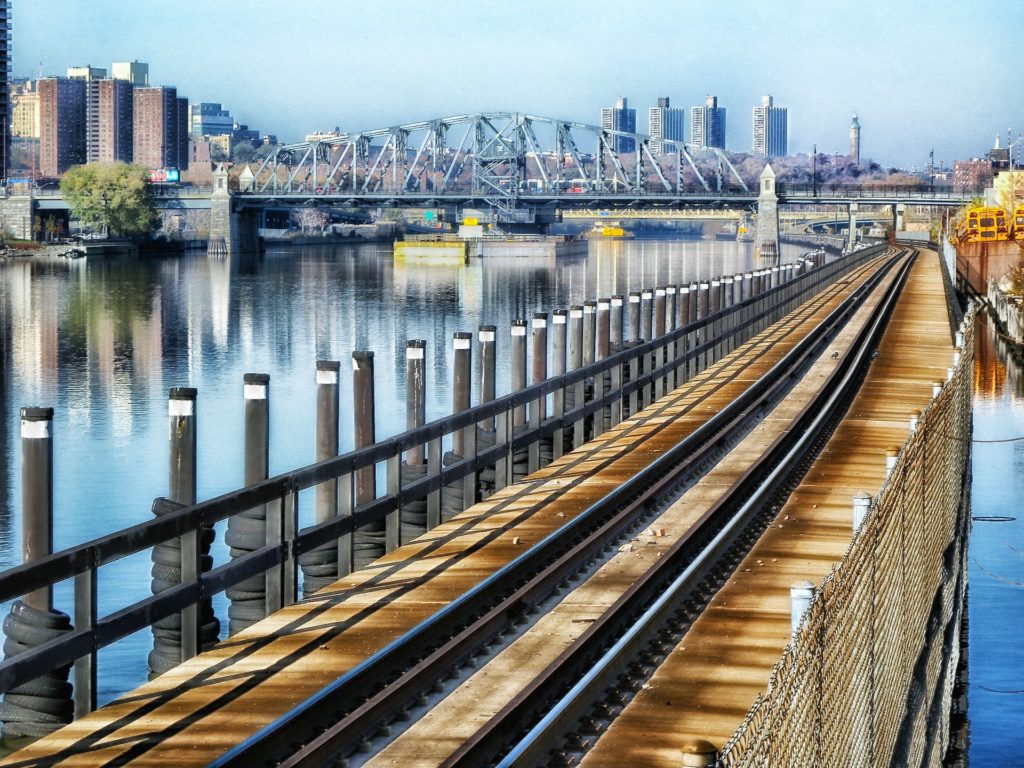 The Bronx is a borough of New York City. It’s known for Yankee Stadium, the home field of the New York Yankees baseball team. Photo: Pixabay

When people think of New York, they often think of Manhattan. However, the Yankees Stadium is located deep in the heart of the Bronx, far from most Manhattan landmarks. It can be difficult finding a hotel that is close to the stadium, so it helps to specifically look for hotels in Yonkers, NY that are near Yankee Stadium.

Here are a few New York City hotels to consider:

Hampton Inn & Suite by Hilton offers a plethora of options when it comes to rooms. They provide regular rooms, suites, and luxurious studios to stay in. Apart from being close to the Legoland Discovery Center, this Inn is only four miles away from Ridge Hills and six miles from Empire Casino City. Amenities include fitness centers, great hotel restaurant, swimming pool, and free Wi-Fi.

Located in the heart of the Bronx, Hyatt Place offers spacious rooms and cozy spaces with sofa-sleepers. There are a variety of room options to choose from, and most have beautiful views of the bustling city. The hotel also isn’t very far from the Yankee Stadium, Empire City Casino, and the Bronx Zoo. Amenities include being pet-friendly, free Wi-Fi, indoor pool, mini-fridge, and skin and hair care products from KentMD.

You Gotta Check Out these New York City Restaurants 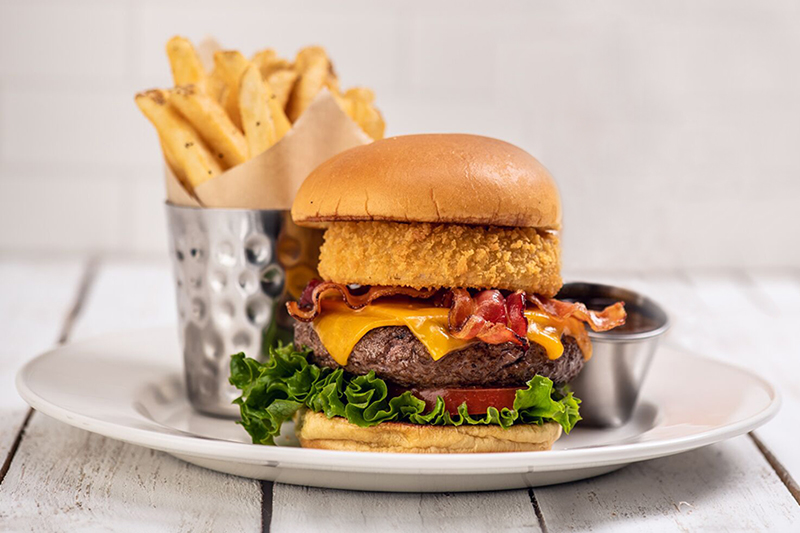 Just because you’re going to a baseball game doesn’t mean stadium hot dogs and nachos are all you need to munch on. According to the WFTA, 98 percent of people travel just for food, so it’s okay to sample delicious cuisine when you’re traveling. 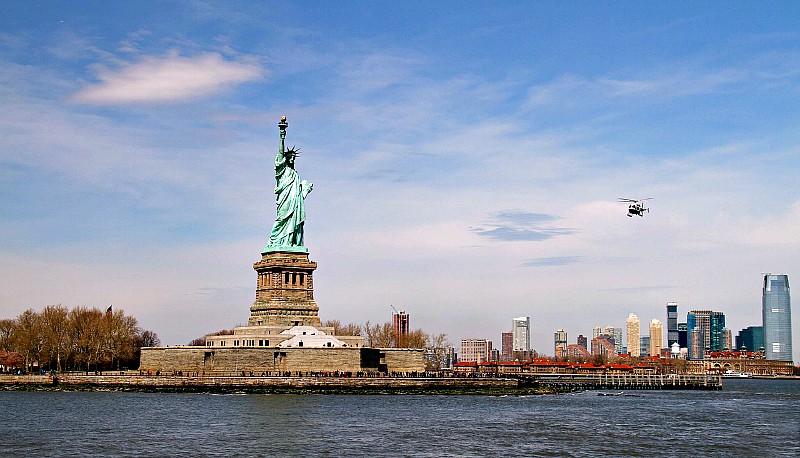 When Planning a Trip to NYC, are the Statue of Liberty and Ellis Island on your list? Photo: Pixabay

Don’t forget to look around New York to visit Yankee Stadium team shops. Watching the game and enjoy good food might be the best part of your day, but a souvenir hits the spot before you head home.

*Disclaimer: Due to the COVID-19 outbreak, these events may get canceled. Please check on the event’s website for further details.

More Things to do in New York City