Best Places to Visit When in London, England 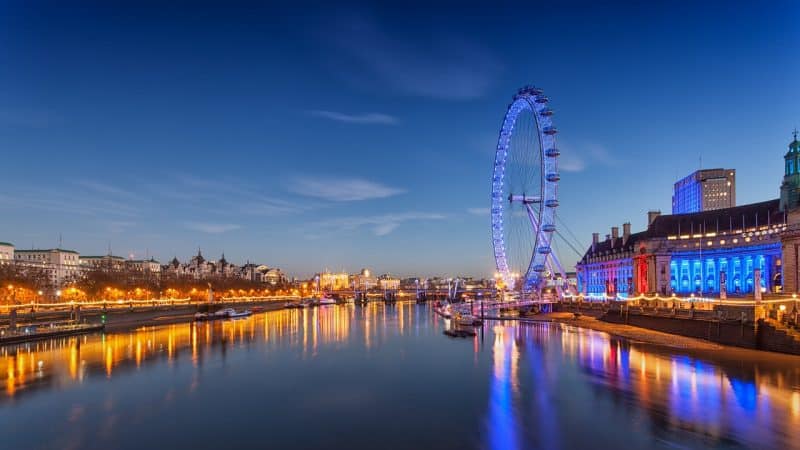 It might have been said that all roads lead to Rome, but now it could just as easily apply that all flights lead to London or at least many of them. Or you can take a train or drive. London is travel hub and destination mega city in its own right. Read on for our guest blogger’s take on why you should visit London.

Perhaps the best views of the city: the London Eye observation wheel.

This post may contain affiliate links.  If you click through and buy something, TravelingInHeels may earn from qualifying purchases.

Best Places to Visit When in London, England

More than 30 million people visited London in 2015, and in 2018. London welcomed 20.42 million international visitors, making it one of the world’s most visited in terms of international visits. It welcomed an additional 27.8 million overnighting domestic tourists in 2017 with 280 million daytrippers in 2015. That’s a lot of travelers soaking in the sights and sounds of London, the capital of England and the United Kingdom. This 21st-century historic city stretches back in time to its Roman connection.

At its center, and perhaps the most well known, is its imposing Houses of Parliament, the iconic Big Ben clock tower, and Westminster Abbey. For panoramic views of the South Bank cultural complex and (really) the entire city), cross the Thames River and ride the London Eye observation wheel.

Whether your visit to London is a day trip or a week, go ahead and book your trip to visit London. [Check out the latest deals here.]  No matter the season, these are the best places to visit when in London.

Traveling with teens? Here are tips on what NOT to miss in London with teens. 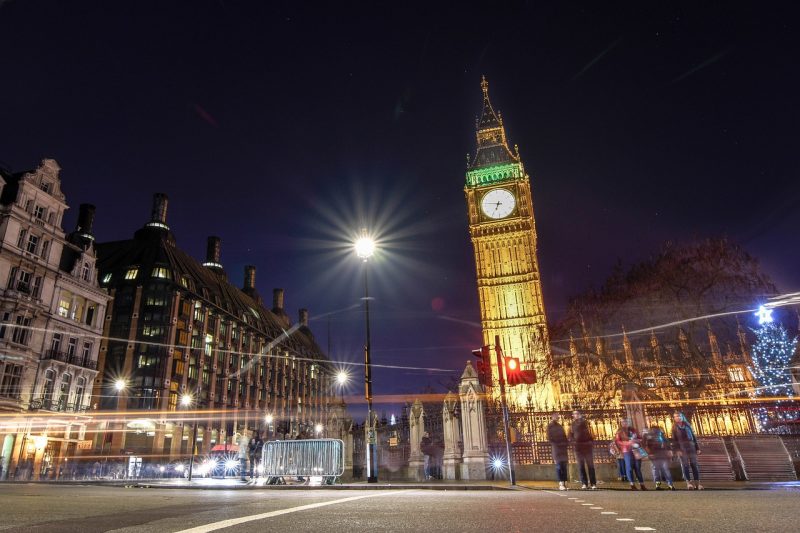 The Four Main Districts in London

London is ready and waiting for you to arrive and mingle with the 8 million inhabitants who currently call London home. London is a so huge it operates on more than one beating heart. The latest term to describe it is “polycentric” which makes a change from the egocentric happenings of late in the world. In fact, there are at least two Londons and many districts for you to explore full of fascinating people and places.

How about planning something exciting around a few compass headings? Or make it a whole theme weekend like these guys did playing 007. 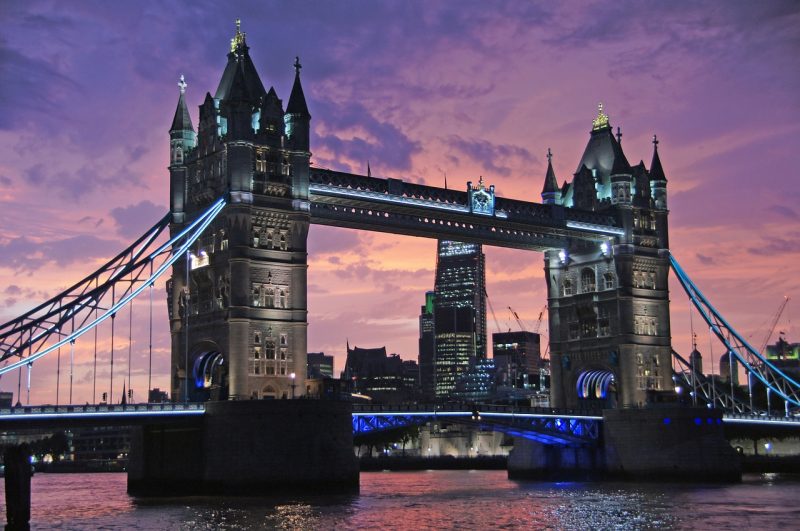 Spanning the divide between the traditional City of London and the more relaxed, creative Bankside, London Bridge is full of interesting attractions and surprises.

Best places to visit when in London include the shows on in the West End. There are iconic shows like 42nd Street, An American in Paris, Footloose, Grease, or perhaps,  Adam & Eve… and Steve if a brand new musical farce is more your scene.

“Hit the frog and toad’” to the East

The East is home to rhyming Cockney language so “Hit the frog and toad” rhymes with “Hit the road,” which means leave, go somewhere else… All good fun.

In the East End, discover a mix of old and new. Check out the Columbia Street Flower Market or prop up the bar at Theatre Royal Stratford East to watch comedy acts for free. If there are no laughs, at least you and your friends are in the right place for a drink. As there’s nothing more British than a pint at an East End proper pub. Follow it by dancing the night away at XOYO club where DJ’s and live music pound every night.

On to South West London for some serious shopping at the Duke of York Square where Kate Middleton, Duchess of Cambridge, has been known to get a “blow-wave.” Off to Kingly Court for a taste of Carnaby’s 1960s hippy chic.

Or for someplace with a bit more edge, try Boxpark with its recycled shipping containers slotted underneath Shoreditch station for the latest in contemporary shopping. 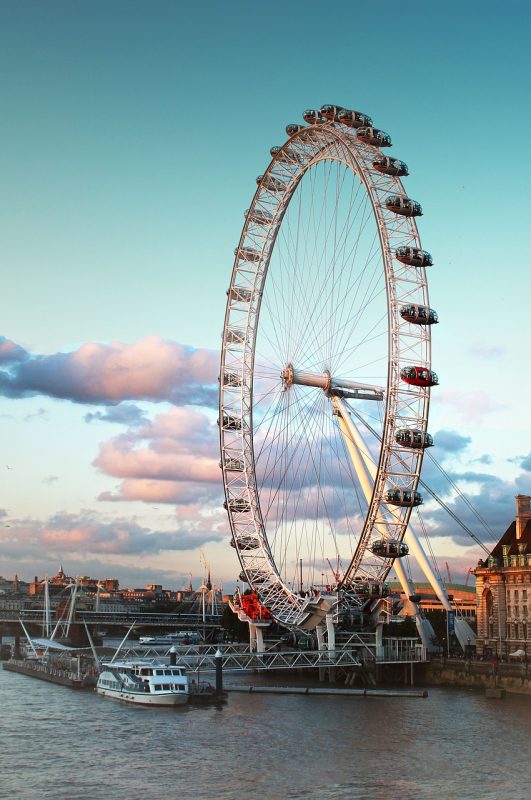 A must do and see in London’s South East end: The London Eye

And then there is the South East end where you will find interesting museums like the Imperial War Museum, Royal Museums Greenwich, Tate Modern, and the Design Museum.

This is also where you will find The London Eye! This giant Ferris wheel is 135 meters (nearly 443 feet) above at the top. Yet it offers more than any fun at the fair. The round trip inside each bubble takes about half an hour, rewarding guests with a superb bird’s eye view over London. Each pod takes up to 28 people, plenty of room for all your friends.

If there is not something in London to get your heart racing, you might want to check your pulse! Seek out the latest deals. Book your short break to visit London now. You know you and your friends deserve it. 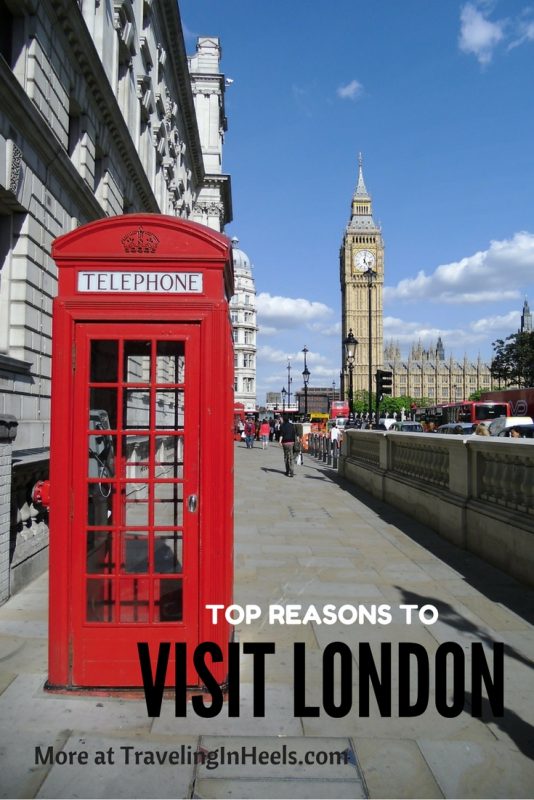