Christmas movies are a mixed bag, offering everything from heartwarming tales to stories about cantankerous characters that aim to spoil the holidays with their plans. This results in a fun set of movies perfect for every taste and any age. Our partners have compiled a list of the 25 most loved holiday movies.  Did your favorite Christmas movie make the list? 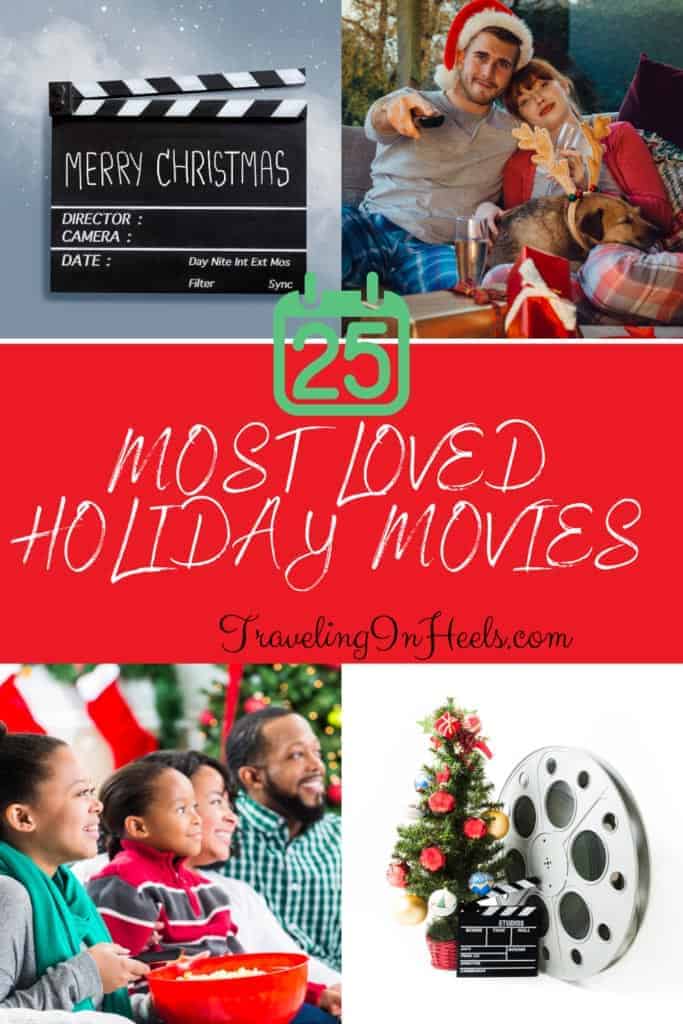 This post may contain affiliate links. If you click through and buy something, TravelingInHeels may receive a commission. Thank you for your support.

Whether you are naughty or nice, you likely have your favorite Christmas holiday movies. One of those movies (or several holiday movies) where you hunker down with the family, eat popcorn, candy, and everything not good for you, and laugh…or cry. The following are the 25 Most Loved Holiday Movies (and many of these holiday movies are on Amazon Prime Video.

While my personal favorite – Dr. Suess’ How the Grinch Stole Christmas didn’t make the cut, did your favs land on the most loved holiday movies?

Note: “A Christmas Story” didn’t make the list because of its lack of famous celebrities, but the staff at PrettyFamous still considers it a Christmas favorite!

A doubting young boy learns about the magic of Christmas and the power of friendship when he takes an amazing train ride to the North Pole on the Polar Express.

Six-year-old Susan has her faith in Santa Claus renewed when she encounters a department store Santa named Kris Kringle who claims he’s the real thing; this leads Susan and a young lawyer on a crusade to prove Kris is the real Santa.

In an attempt to still believe in Santa Claus, a child finds an injured reindeer that she convinces herself is Prancer. 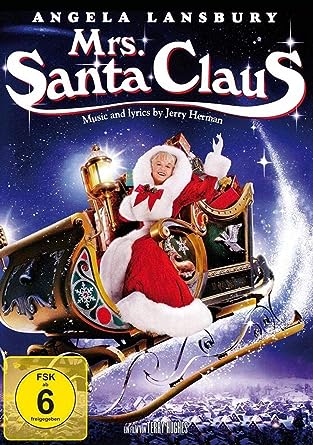 A week before Christmas, Mrs. Claus and Mr. Claus aren’t doing too well. When he refuses to look over her new Christmas Eve route, she goes on a test trip and lands in New York City.

In disguise as “Mrs. North,” she helps people in the city resolve their own marital and personal issues.

Iris and Amanda find each other on a house exchange website and decide to swap places in each’s respective country during the holidays, which leads them to discover their romantic partners.

#20. A Very Harold and Kumar Christmas

After burning down Harold’s father-in-law’s Christmas tree, Harold and Kumar go on a goofy adventure through New York City on a quest to find the perfect replacement.

A girl’s bravery is tested as she tries to help a soldier while under the spell of a two-headed mouse. This animated rendition of the popular ballet features Melissa Gilbert and Christopher Lee.

Advertising executive Scott Calvin inadvertently becomes Santa and must learn all the tricks and trades of the new job while struggling with his new identity; those struggles result in scrutiny from everyone he knows outside of his son, Charlie, who believes in him and encourages him, resulting in a heart-warming bond between him and his dad.

For the first time in four years, Ma’Dere Whitfield’s family reunites during the holidays, where secrets emerge putting a strain on relationships.

In an act of desperation, a woman takes her sister’s children, saving them from a life in foster care. She doesn’t know that in the small town they’re moving to she’ll be recognized as a missing heiress.

With an intertwined storyline, we see how the relationships of nine different people are tied together, showcasing the many meanings of the word love.

Kermit’s valiant efforts to do good are put to the test when he tries to save the theater from a ruthless banker who wishes to replace it with a nightclub.

A Wall Street executive visits his hometown when his grandfather passes away. While going through his things, he and his grandmother find out about a woman named Lilian, who he sets off to find.

Kevin McCallister’s family accidentally leaves him home alone during the holidays, when he encounters a bungling pair of burglars in Harry and Marv and makes them regret ever trying to break into his house.

Over a decade has passed since they were in college, but a crew of former best friends get together for the Christmas holidays. Their reunion reminds them of how quickly the past can become the present as old feelings are stirred.

Partners in crime, Willie and Marcus pose as Santa and his elf, respectively, at malls during the holidays to rob department stores; this plan works until Willie breaks down from emotional strain and an unexpected friendship with a small boy helps him develop compassion.

In this beloved holiday edition in the National Lampoon’s Vacation series, Clark Griswold has the plan to give his family the perfect Christmas. True to form, however, things go awry when his cousin’s family arrives unexpectedly to move into a camper on Griswold’s property.

Will Ferrell plays Buddy, a human raised by elves, who leaves the North Pole to find his father in New York City; Buddy’s childlike curiosity in his new surroundings makes this a beautiful and silly tale of a man trying to discover his identity.

While this film’s title of “Valentine’s Day” might seem like a misnomer, it’s actually a story about how the holidays reunite a town that has been embittered since the elopement of two of its residents.

Charles Dickens’s beloved story of Ebenezer Scrooge gets a dose of flavor when the muppets tell it from their standpoint.

Arthur is Santa’s clumsy son tasked with delivering a forgotten present to a little girl before Christmas morning.

On Christmas Eve, the stingy Ebenezer Scrooge receives a rude awakening when he is visited by the ghost of his former business partner warning that ghosts from his past, present, and future will show him the error of his ways.

Edward, an isolated man with scissors for hands, tries to adapt when Peg brings him home to live with her family; the result is a struggle for Edward, whose gentleness and artistic talent is inspiring, but his hands keep people away.

#2. The Nightmare Before Christmas

Jack Skellington discovers Christmas Town and finds its holiday celebration so intriguing he tries to kidnap Santa Claus in hopes of taking over the role, but poor Jack discovers his plans are much more than he can handle in The Nightmare Before Christmas.

Frank Capra’s classic centers on troubled George Bailey, whose anger and desperation provokes him to consider suicide until an angel, Clarence, shows George what life would be like if he didn’t exist; this revelation gives George a new appreciation of life.

What are your favorite holiday Christmas movies? Share with us in the comments below.

Best Gifts for Travelers 2020 Before You Go: Tips for Electric Bike Touring