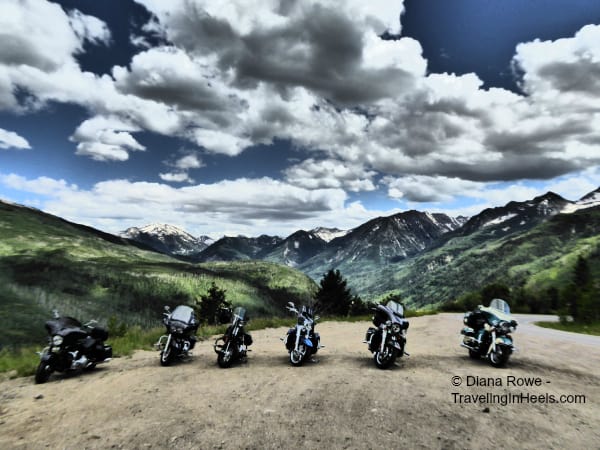 Why ride in Colorado? When you crave the rush of wind on your face, nothing separates you from the outdoors when you’re on your motorcycle in Colorado. One of my favorite Colorado Motorcycle Ride is the Snowmass to McClure Pass scoot. 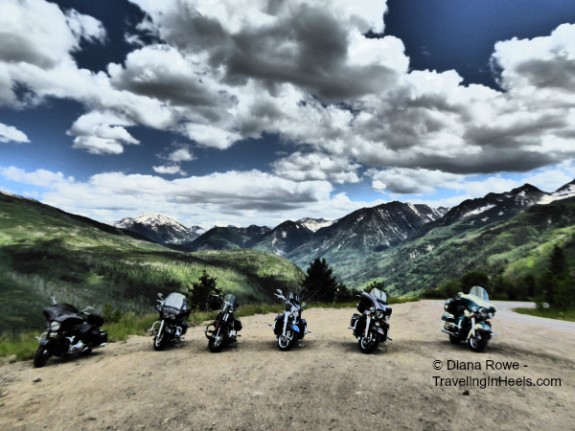 For many riders, exploring Colorado  motorcycle roads is the ultimate motorcycle touring dream and perhaps the top most coveted motorcyclist destination in America. Many of America’s most breathtaking stretches of the Rocky Mountains are found in Colorado.  Bonus is that nearly every where you ride in Colorado is motorcycle-friendly, and completely rolls out the red carpet for visitors with many motorcycle-friendly hotels, restaurants, bars, attractions and amenities to take in when it’s time to pull over and get off the bike.

McClure Pass, just south of Glenwood Springs, reaches nearly 8800 feet in elevation, a small fry in Rocky Mountain terms. Hats off to Colorado’s DOT as it does an outstanding job engineering some of the most sophisticated highways in America. From each side of the Divide, the state’s rugged terrain calls for roads to climb to extreme altitudes. In dealing with 39 mountain pass roads, grades vary from 3 to 9.4 percent. Although not a high mountain pass, McClure Pass is one of the steepest paved roads in the state, requiring drivers to climb an 8 percent grade.
Here at McClure Pass, along Route 133, you’ll find yourself traveling one of Colorado’s 25 scenic and historic byways. In an area that features some of the state’s most famous ski resorts, a 200 mile trip on the West Elk Loop passes through national forestlands, wilderness preserves, state and national parks, quaint small towns and some of Colorado’s most majestic scenery. Quoted as the closest you can come to a wilderness experience in a passenger car.

After enjoying the Thursday night free concert series in Snowmass (Grand Funk Railroad), we overnighted in a spacious 1-bedroom conde, Timberline Condos.  Early Friday morning, we fired up the Harleys for a Colorado motorcycle ride up the Rockies to 8755 feet, McClure Pass.

From Snowmass Village, we turned left onto Highway 82 back toward Glenwood Springs, exiting left to Carbondale, CO, to take highway 133 over McClure pass to the southwest.

Taking the McClure Pass ride toward Paonia in Delta County, and you get to see the backside of the Maroon Bells, Mt. Sopris, Marble and many more sights.

Plan on a brew at Revolution Brewing in Paonia, located in an old church, before heading back over McClure pass and back up to Snowmass.

For more Colorado motorcycle rides, follow me as the editor of the Denver-based Motorcycle Rider News.