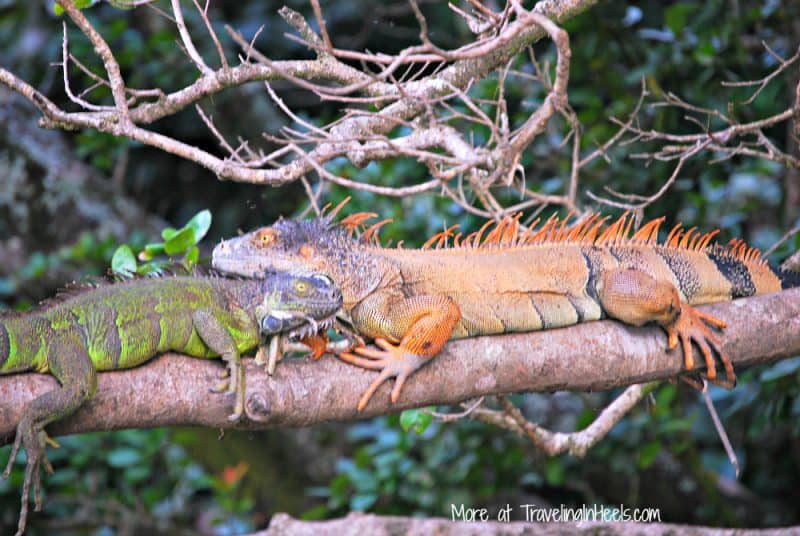 If you’ve been to Costa Rica, you already know — there are so many Costa Rica adventures waiting for you in this  rugged, rainforested Central American country. Take in its coastlines on the Caribbean and Pacific offering an abundance of outdoor activities and adventures, cultural experiences, and more.

This post contains affiliate links. If you click through and buy, we may receive a commission. Thanks for helping to support TravelingInHeels. Riu Guanacaste provided the hotel and experiences for my review; opinions expressed are my own.

You don’t just visit Costa Rica. You immerse yourself in it.  Perhaps that’s why I’ve been to Costa Rica now three times. The first Costa Rican adventure was a shore excursion when on a Holland America Panama Canal Cruise with my sister, visiting San Jose. That first time, I was just happy to get off the ship — definitely had ship fever!

But still, something about Costa Rica wrapped around me — maybe it was the people, warm and friendly? Perhaps it was Mother Nature calling to me through the lush foliage, the banana plantations, the urban centers of San Jose? Whatever may have enticed me, I returned to add more Costa Rica adventures to my travels. 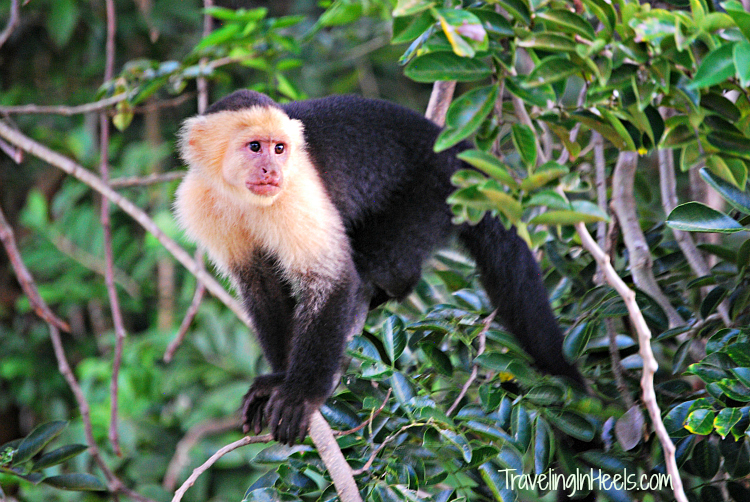 My next Costa Rica travel brought me to Guanacaste, where the flavor of the country, the ruggedness, and Mother Nature really shown through.

More than a quarter of this lush Central American country consists of national parks and preserves, filled with ready-made adventures for the active traveler. My Costa Rica adventure took me to Guanacaste, a small city near the Pacific Ocean, located roughly four hours from the country’s largest city, San José. Two flight connections later, and I arrived at the small but efficient Daniel Oduber International Airport in Liberia, the far northwestern part of Costa Rica.

Our home for the next few days, the 5-star all-inclusive  Riu Guanacaste Hotel was just a short drive on the main paved road.

Our van turned onto a bumpy country road lined with cattle ranches and lush sugar cane fields. We passed tumble-down shacks and more farm animals. I was even lucky to catch a glimpse of a white-faced monkey with a baby clinging to its back, my first indication that this was not my typical resort vacation.

Nature called bright and early the next day as we prepared for our Swiss Travel (offering escorted group or individual tours) eco-adventure at the popular Rincon de la Vieja Volcano, near the town of Curubande.

I quickly learned that anything worth seeing in Costa Rica involved a long bus ride. However, I was immediately distracted by the colorful colonial towns and sweeping vistas of flatlands, green mountains, thick forests, towering active volcanoes, and wildlife, reminiscent of the African savannah landscape. We even paused briefly as “sabaneros” (local cowboys) on horseback drove a herd across the road. 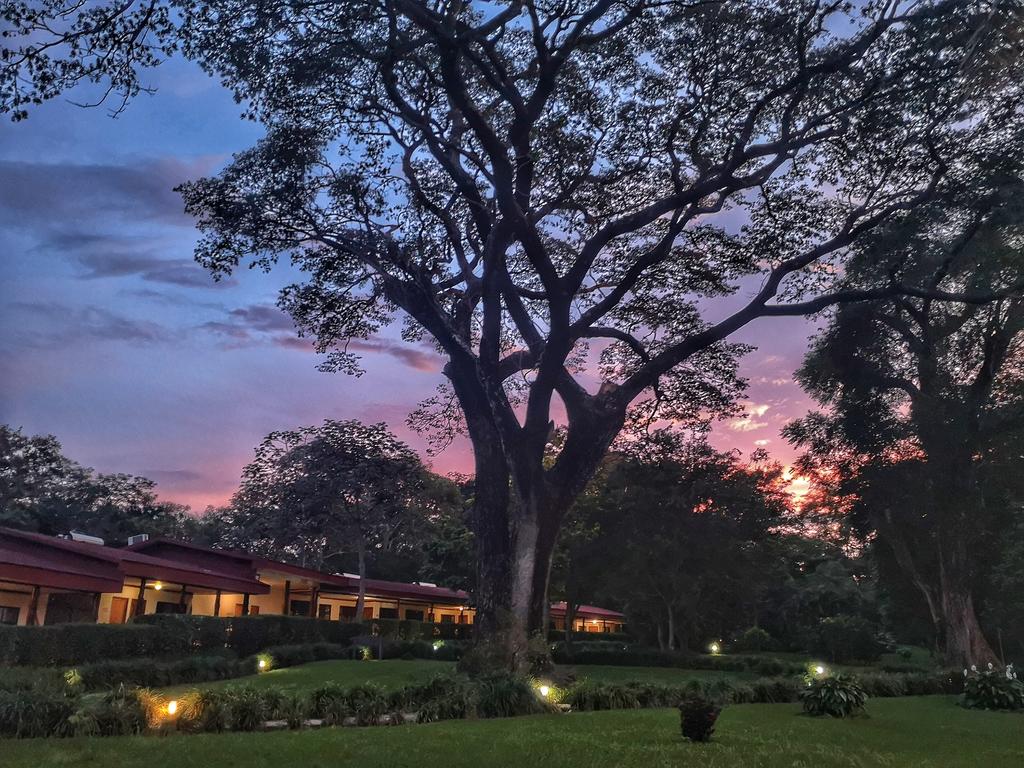 Before only monkeys zipped through the treetops, but in Costa Rica, canopy tours are as popular as its picture-perfect snorkeling and scuba diving.  Hotel Hacienda Guachipelin, also a working ranch, is one of the best ecotourism adventures, and they pack more than zip lines in their tours.

Located at the foot of the volcano, this hotel not only offers Costa Rica adventures but its close proximity to Parque Nacional Rincon de la Vieja invites guests to get closer to nature too. 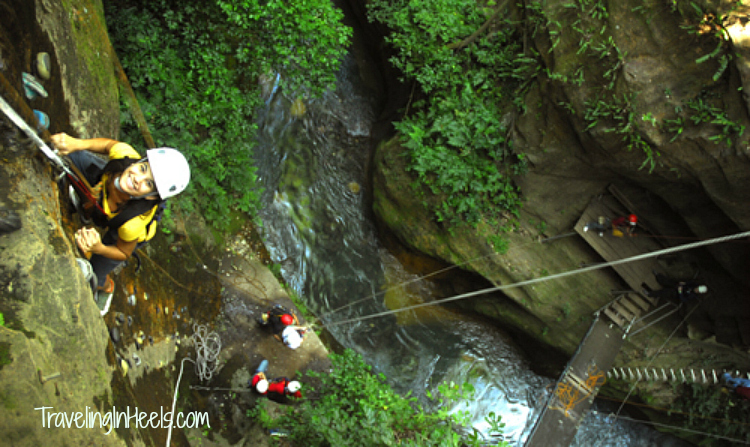 Imagine flying high atop the trees on a zip line through a narrow slot canyon. Walking across a hanging bridge. Rappelling toward the rushing waters. And then perform your version of a tethered Tarzan leap across the canyon’s waters. Your next challenge: the formidable task of rock climbing a 40-foot cliff. 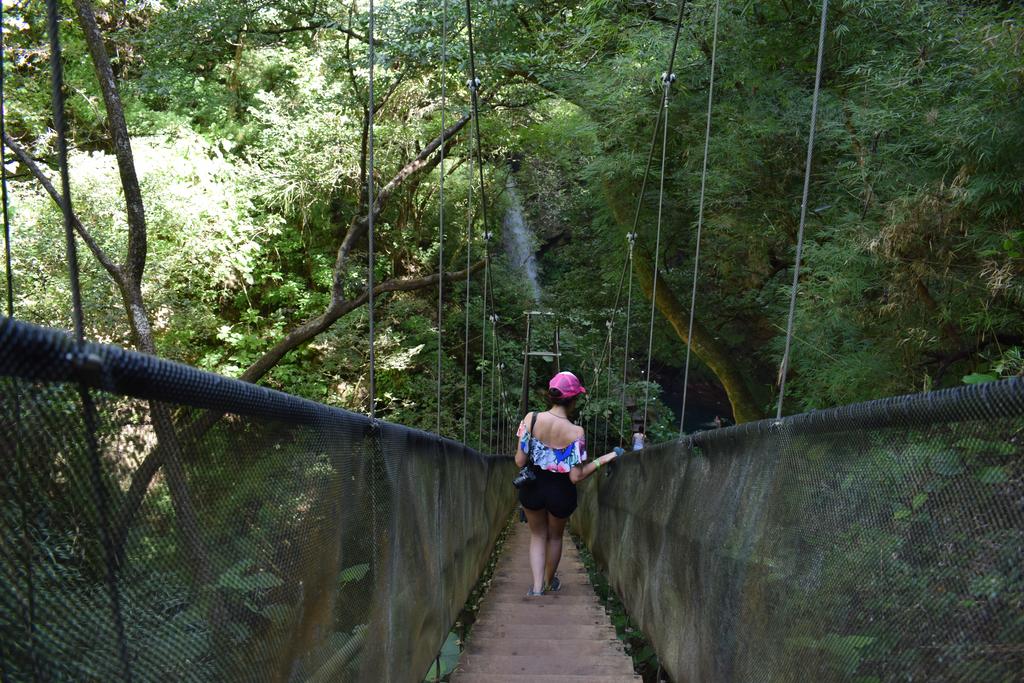 While this might push the adrenaline envelope, your reward is a calming horseback ride to a hidden waterfall for a refreshing dip in its cool waters. You can even sign up to be a cowboy for a day.

Eco-tourism and Costa Rica adventures are unlimited. The best piece of advice I can offer is: don’t forget the bug spray! The mosquitoes are hungry. 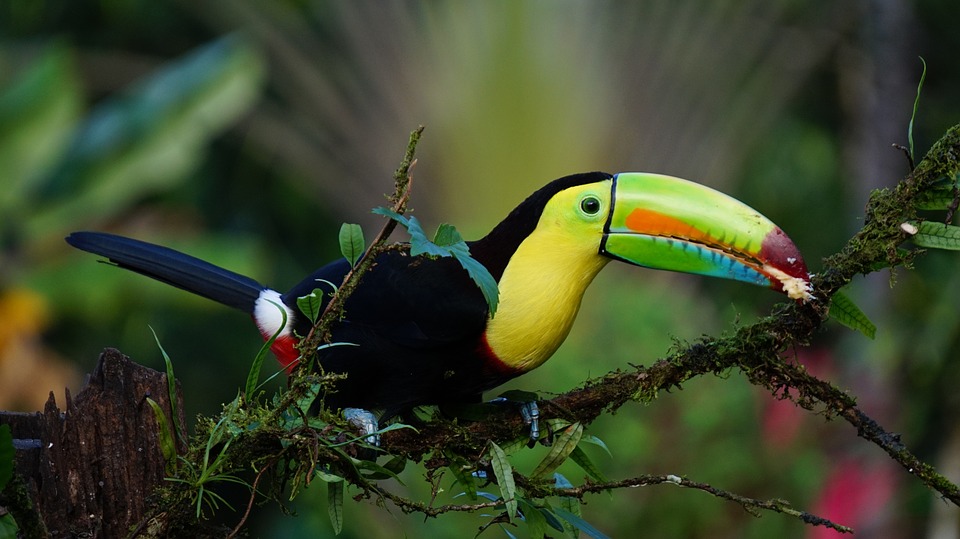 Bird watching is one of many Costa Rica adventures. Photo: Pixabay

The second day, we lunched to the swirl of local Costa Rican dancers on the deck of the old Hacienda Palo Verde, now the Palo Verde National Park headquarters. Here limestone cliffs give rise to a valley filled with sugar cane fields, grazing cattle and a diversity of birds.

Besides its wildlife, the park protects extensive forests and marshlands between the Tempisque and Bebedero rivers, located in the heart of the Tempisque basin near the mouth of the Rio Tempisque River. 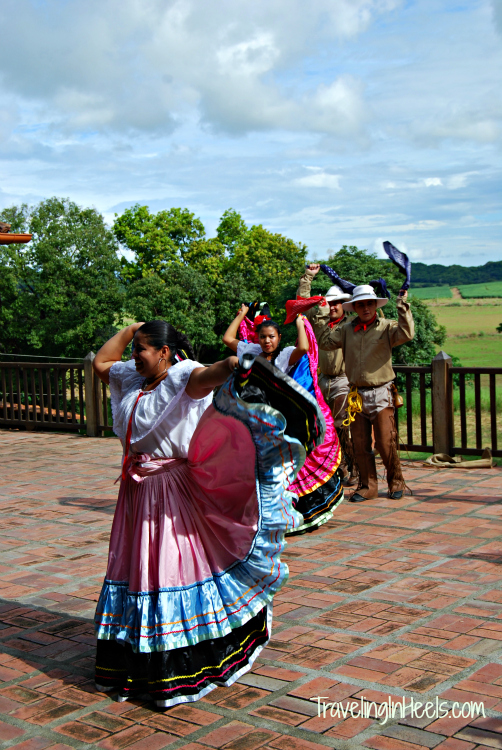 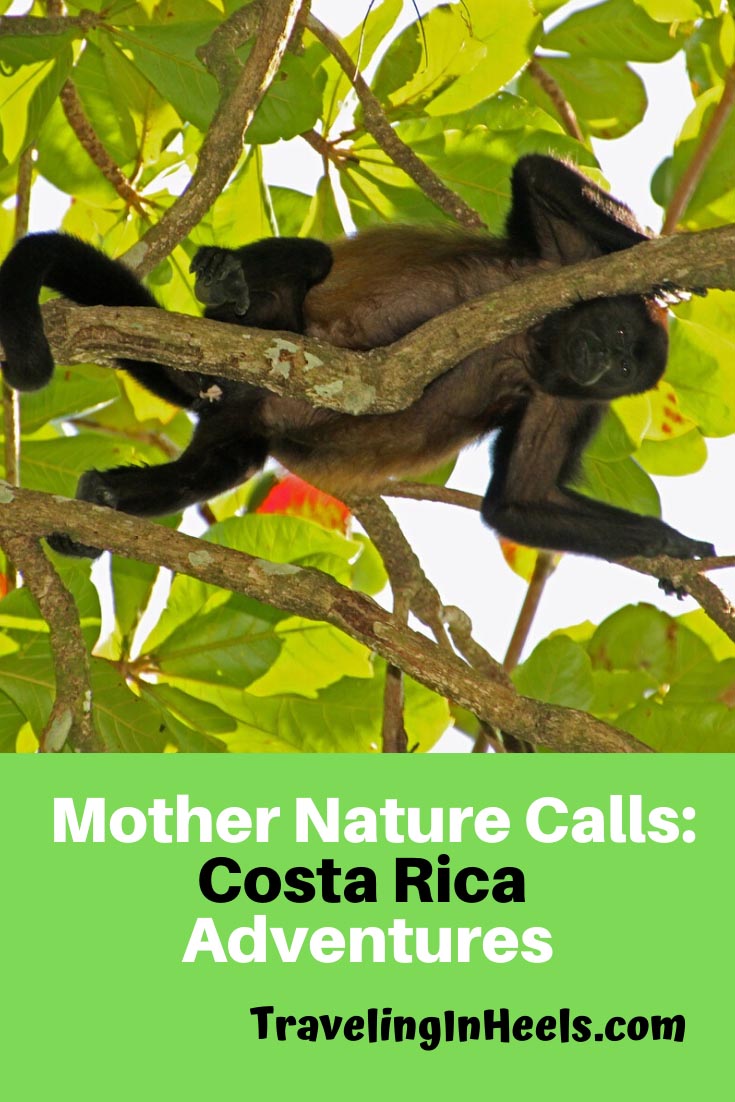 Within seconds of boarding a canopied boat with bench seats, just a few minutes from the hacienda, the wildlife greeted our group. You won’t use your seats as you’re continually straining to catch a glimpse of Mother Nature unfolding in front of you. Plump crocodiles sun their spiky backs on muddy riverbanks. Monkeys scatter through the trees shrieking and iguanas cuddle together to blend into the leaves while hundreds of surprised birds spread their wings.

This national park is best known as a birdwatcher’s paradise, with more than 300 bird species recorded, including scarlet macaws, white ibis, roseate spoonbills, wood storks, and the country’s largest colony of black-crowned night herons. Even endangered species, like the great curassow, yellow-naped parrot, and king vulture, find refuge here. Millions of wading birds of waterfowl flock here in the fall and winter when the waters swell onto the banks.

When our exhausted group returned to the Riu Guanacaste, we gathered together in mutual appreciative silence of what Costa Rica gifted us, a glimpse into the exotic beauties of its land and wildlife. Our nightcap was at the Riu Gunacaste’s palapa covered bar with the Pacific Ocean’s gentle ebb and flow playing a relaxing tune, a perfect end to an incredible day.

Yes, Costa Rica is a land filled with eco-adventures, but more importantly, it’s a place for travelers to be a quiet observer of Mother Nature. 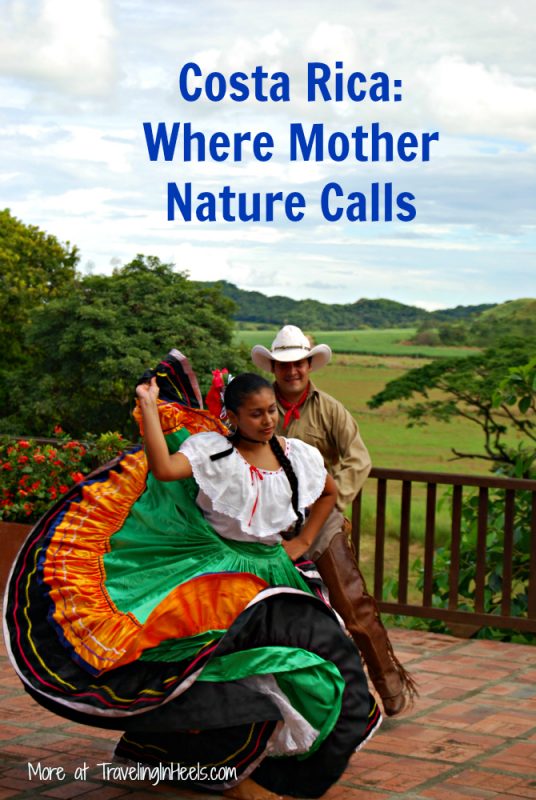