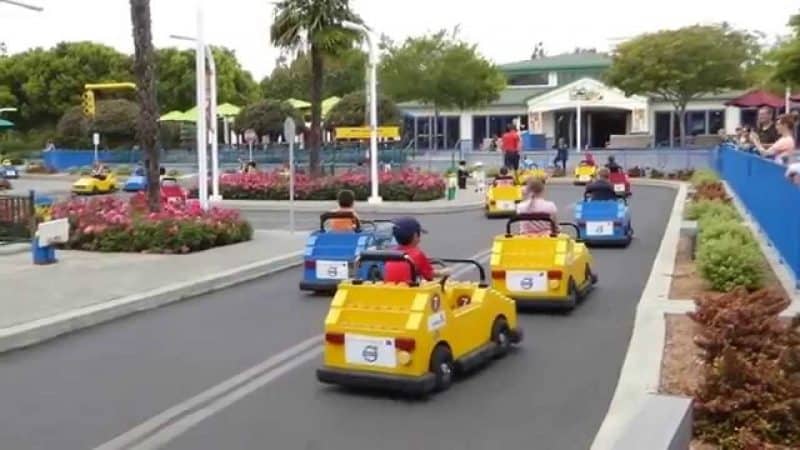 You don’t have to be 16 to enroll in Legoland California Driving School. My Grandkids (ages 9 and 7) strapped on their seatbelt and got behind the wheel of a real electric car where everyone can learn about signaling, turning, stopping and going. 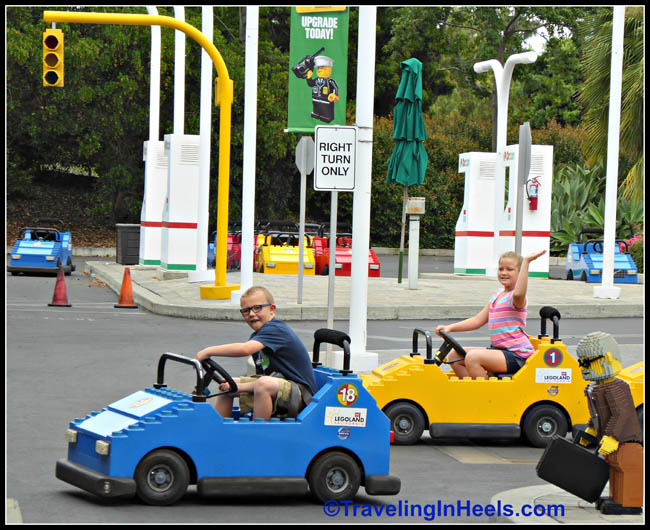 Where can a kid can be a kid AND enroll in Driving School?  Legoland California!

The moment the grandkids spotted the LEGOLAND California Driving School, they wanted to get behind the wheel. Located in Fun Town in southern California, it’s easy to see how exciting this would be to a kid. Built for children between ages 6 and 12, the driving school is a recreates a mini-city with streets, medians, trees, fire hydrants, gas station, even Legoland people, creating a realistic (for kids that is) city blocks.

Unlike Disneyland’s Autopia. you’re not limited to driving on a track. Kids can settle in behind the wheel, and drive the car wherever they want in their own little “city” world. Without a track, kids sometimes run over things when they venture out of their lane, but it’s safe and not scary. Sort of like another ride on wheels.

After your ride is over, kids park their cars and continue to the Driving School desk to receive their official LEGOLAND driver license. For an additional charge, the driver license can have their photo in an even more official adult looking license.

Kid verdict was an immediate “Can we ride this again, Grammie?”  Yes, they loved it, and it was fun to watch them circle the track, (accidentally I think) bumper other cars, and just have a good time.