Experience Halloween in Ireland – Where it Began 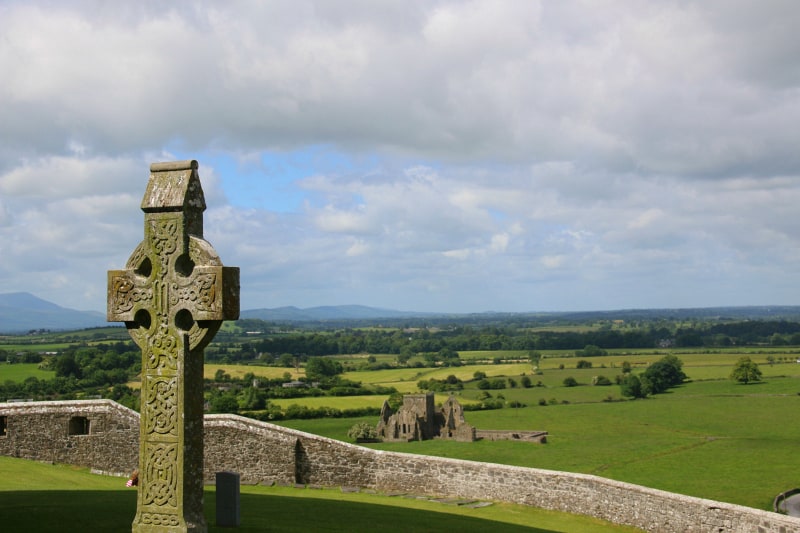 If you’ve never visited Ireland, you are totally missing out.  Beautiful countryside. Fantastic (and historic) pubs. Friendly locals. Just an all around travel bucket destination.  But did you know that Halloween started in Ireland?  Jack-o-lanterns have roots in Ireland when hollowed-out turnips held candles to keep evil spirits away. When the Irish came to North America, penniless and bereft of their homeland, they still clung to Halloween, carving readily available pumpkins instead of turnips. Get ready to experience Halloween in Ireland, where it all began. 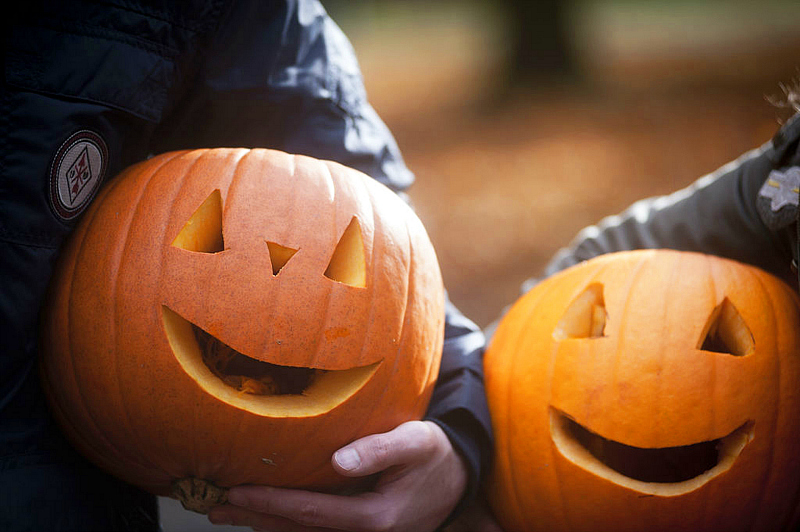 It’s not that anyone really needs a reason to visit Ireland, but for those who are fans of haunted tales and Halloween, have you considered planning your next vacation in October to celebrate Halloween in Ireland?  If you’ve been there, you already know what a welcoming and enchanting (and sometimes hauntingly so) country. With a little help from our friends at Vagabond Small Group Tours of Ireland, we bring you Halloween in Ireland — and why you should visit in October.  (Updated 10/28/20)

Why did Halloween come to be in the first place? 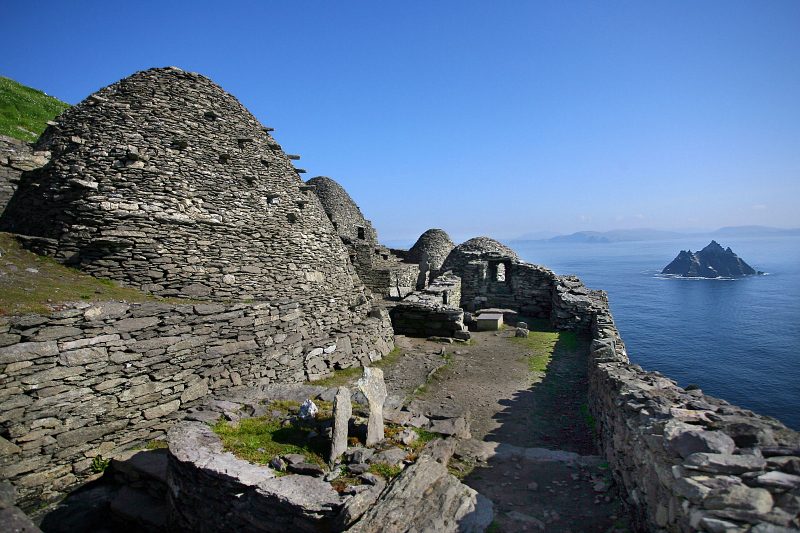 The monastic Island, Skellig Michael founded in the 7th century, for 600 years the island was a center of monastic life for Irish Christian monks. The Celtic monastery, which is situated almost at the summit of the 230-meter-high rock became a UNESCO World Heritage Site in 1996. It is one of Europe’s better known but least accessible monasteries. Photo: Valerie O’Sullivan

Vagabond Small Group Tours of Ireland shares insights on its upcoming October immersions into the worlds of the Druids of 5,000 BC, the later Celts (2,000 BC), and the early Christians.

“Iron Age, pagan Druids were superseded by the Celts for whom the Nov. 1 Samhain (pronounced “sah-win” or “sow-in”) marked a new year. At sunset on October 31, the line blurred between the real world and that of banshees and ghosts. Bonfires and scary masks kept away evil spirits. Food left outside doorways appeased these spirits.  Colcannon of boiled potatoes, kale, and onions welcomed the visits of dead ancestors.  Samhain morphed into the Christian calendar as All Hallows.” 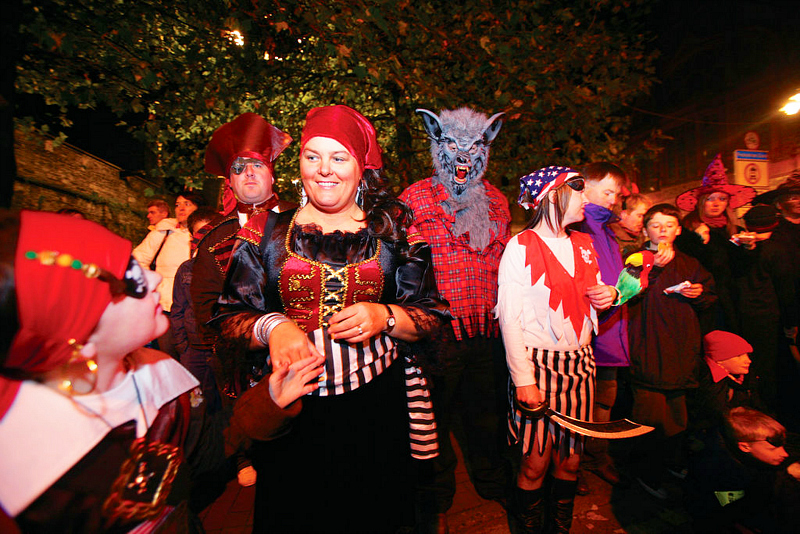 The return of the Ancients with haunted harvest markets and a monster fun fair in Derry/Londonderry. Photo: Vagabond Tours of Ireland.

Throughout Ireland, this mythology is recreated annually, dates varying but usually beginning the last week of October into the first week of November. Major events include:

What are Ireland’s Halloween Traditions? 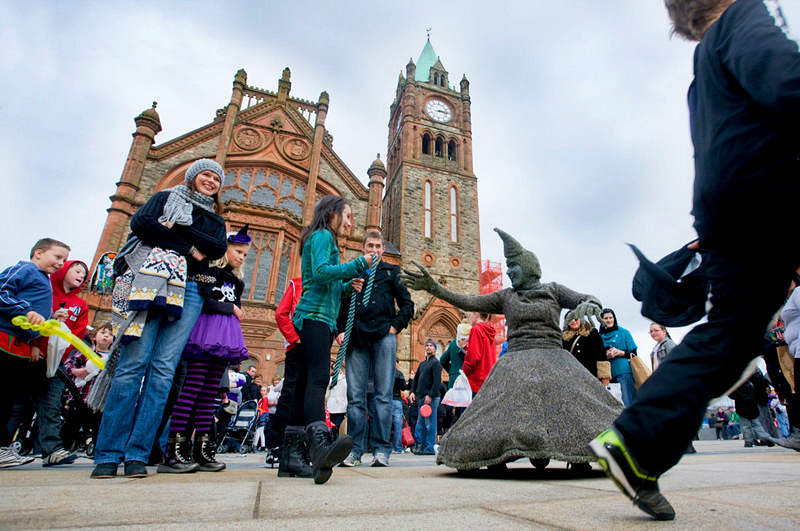 Experience Halloween in Ireland on the Banks of the Foyle Halloween Carnival. Photo: Vagabond Tours of Ireland

Why You Should Visit Ireland in October 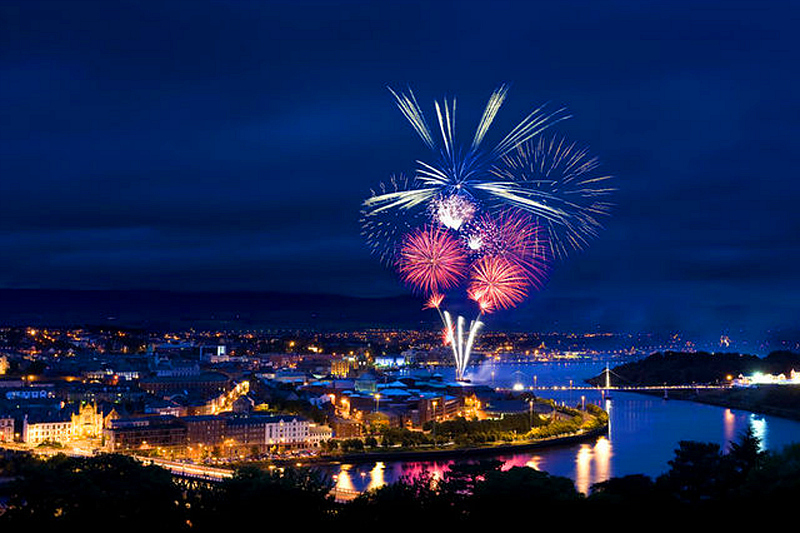 The charms of visiting Ireland in October, says Rankin, include:

For October touring, the company recommends these two itineraries: 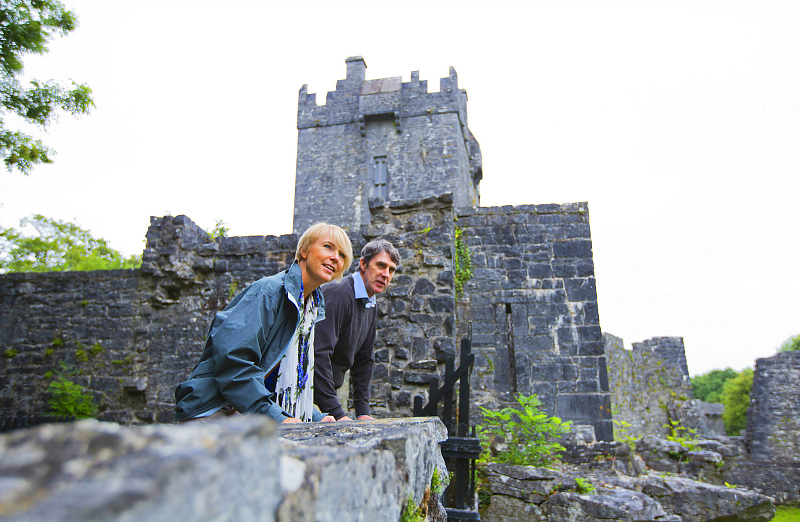 Driftwood Journeys of Discovery has designed this mentally stimulating exploration of Ireland’s east coast for imaginations that yearn to burrow into bogs, scale crenelated towers, and shimmy up mountains for glimpses of Iron Age Celts sifted into Stone Age sands.  These tours offer an intimate and in-depth looking and lingering pace, sans the physical exertion of the below Vagabond Adventure Tours.

Stories of buried bodies under ancient stones begin while passing through the Wicklow Mountains south of Dublin where a wealth of spooky stories are stored. Visions of Vikings landing longboats, Norman invaders, medieval monks chanting, mineral-mad 19th-century industrialists and emigrants clutching destitute families abound. More than any other region of Ireland, this coastline defines how over 5,000 some years the Irish came to be.

Check their website for tour departure dates and pricing. 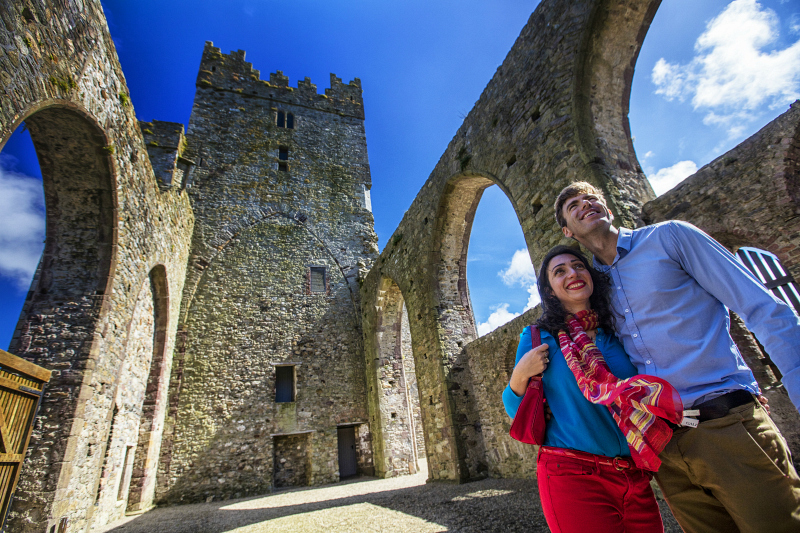 Vagabond Adventure Tours are for active travelers who want to mix up hiking and biking and other outdoor adventures with history, culture, dining, and shopping.

This 8-Day Wild Irish Rover Tour from Vagabond Adventure Tours allows guests to experience at a leisurely pace the west coast of Ireland and the peninsulas of the southwest all the way up to Connemara.

As with all Vagabond adventure tours, the itinerary blends history, culture, and fun activity options as far from maddening crowds as possible, often on ancient roads that only Vagabond’s 4x4s can navigate. Guests hike, horseback ride, bicycle, kayak, and boat; live overnight like kings and queens in a castle; and bar crawl for two nights amongst Dingle town’s 54 pubs.

“Every stone we walk over has a story to tell. Ruins and castles are, after all, about people – and ghosts!” adds Rankin.

Read More: Ireland is 1 of 5 Must see Destinations for Drink Lovers. 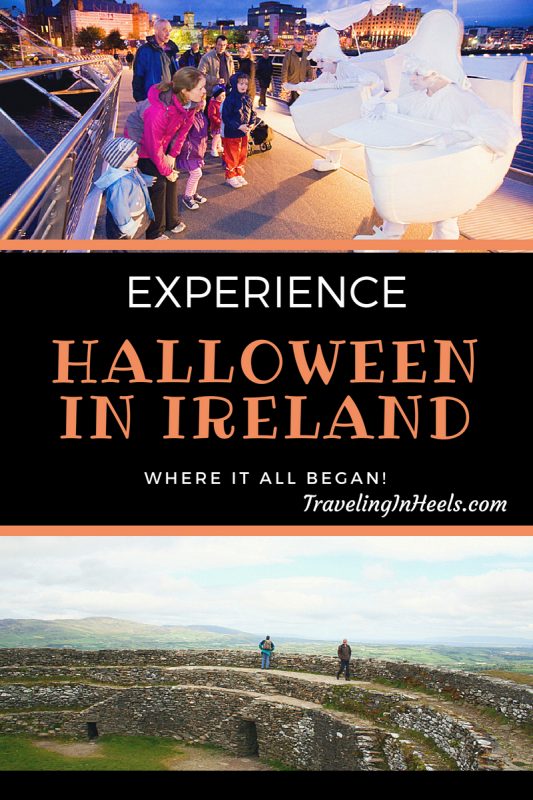 7 thoughts on “Experience Halloween in Ireland – Where it Began”