Cuba Travel Tips: What You Need to Know

Forbidden. Exciting. Colorful. Timeworn and magical. When I think of Cuba, I picture vibrant colors, old cars, cobbled and busy streets, historic architecture, music and dancing, enticing Caribbean beaches, and cigars.  Read on for an overview of Cuba and say Hola to guest blogger, my friend Kelly, with her Cuba travel tips from her recent visit.

Forbidden. Exciting. Colorful. Timeworn, time-warped, and magical. This is Cuba.

Cuba is many things, to many people, but there’s no denying its draw. Much of that attraction from the U.S. borders is likely due to Americans now given the chance to visit this colorful and charismatic Caribbean island. Regardless of why Cuba is waiting for travelers in all its glory.

The Caribbean island of Cuba charms visitors with its sugar-white beaches. Its tobacco fields dot the landscape, a nod to the country’s legendary cigars. The capital, Havana, is lined with pastel houses, 1950s-era cars, and Spanish-colonial architecture in the 16th-century core, Old Havana. Salsa music plays in the dance clubs and cabaret shows are performed at the famed Tropicana.

The tobacco fields in Cuba dot the landscape, a nod to the country’s legendary cigars.

Read on for more about Cuba, advice from Kelly, on what you need to know before you go — and Cuba travel tips when you arrive.

Before You Go To Cuba Travel Tips

Do your homework and log on to the Cuba Embassy website. Yes, Americans can now travel to Cuba, although travel for tourists is still prohibited by statute. The Department of Treasury’s Office of Foreign Assets Control (OFAC) has issued general licenses for 12 categories of travel.  This site covers the process of choosing your category, purchasing a Visa, and insurance quite well, even including a video.

The Visa process was very easy, according to Kelly, although they make it seem like it will be hard and strict. She purchased hers at CubaVisaServices.com, selecting “educational- people to people” for the reason of travel. (Our convertible tour satisfied that option). The visa arrived less than a week later, but it’s a little more expensive, at around $100. 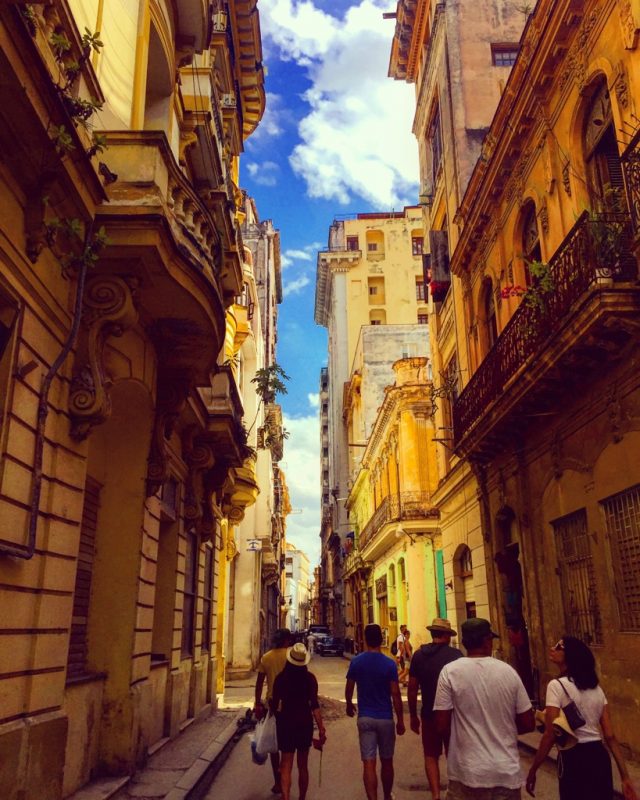 Another option is purchasing at the airport in the US before departing to Cuba. Kelly says she’s heard of people getting stranded, but the cost is around $50. She did meet a couple that purchased theirs at the airport, who reported difficulty finding where to buy it, and they had an issue when arriving in Cuba. Immigration pulled them aside and questioned them for some reason and said they needed a new Visa.

Health insurance and a visa are required in order to enter Cuba. If booking your flight through Southwest Airlines, Cuban health insurance is included in your fees.  Southwest also sends out an informative email with information on how to obtain your visa through Cuba Travel Services (CTS). Cost is $50.00 as of January 2017.

With very few exceptions, U.S. credit and debit cards do not currently work in Cuba. Please bring enough cash to last your entire trip. U.S. Dollars can be exchanged into Cuban convertible currency (CUC) at most airports, hotels, and exchange houses.

My friendly Kelly recommends exchanging your U.S. dollars to Euros and then to CUC when arriving at the airport! The line in Havana at the conversion banks is ridiculous!! Some knowledge of Spanish is recommended as it’s difficult to communicate without speaking Spanish.

The capital, Havana, is lined with pastel houses, 1950s-era cars, and Spanish-colonial architecture in the 16th-century core, Old Havana.

Where to Stay in Cuba

Hotels are expensive in Cuba, averaging $400 per night! If you want to stay in a hotel, book very early.  Kelly’s recommendation is Hotel Parque Central, beautiful and centrally located. Another good hotel is the Plaza, located across the street from Parque Central. Both these hotels are on the square separating Old Havana and Central Havana.

Located at the intersection of Prado and Neptuno, near other notable hotels like the Telégrafo, Plaza, Saratoga, and Inglaterra. The Capitolio and Gran Teatro are across the street. The Parque Central puts Old Havana at your doorstep and must-see sites like the famous El Floridita and Sloppy Joe’s bars and the Museo Nacional de las Bellas Artes.  (I did some quick searching and rates start at from US$271, still pricey.) 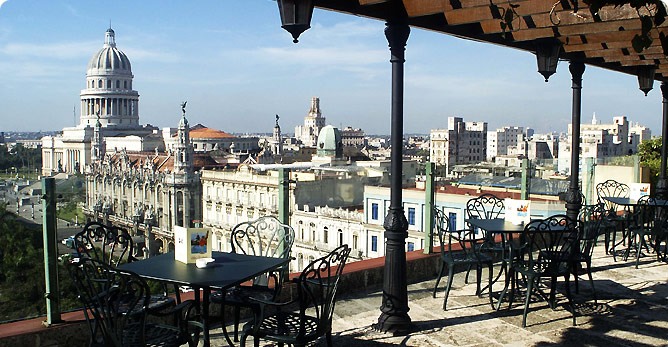 Kelly’s Recommendation for where to stay in Cuba:

“Airbnb was our only option because we booked late, but I prefer them anyway. We stayed in Vedado, which is still considered ‘downtown,’ but not within walking distance to Old or Central Havana. Our accommodations were a 10-minute cab ride anywhere from $6-$15 dollars.” 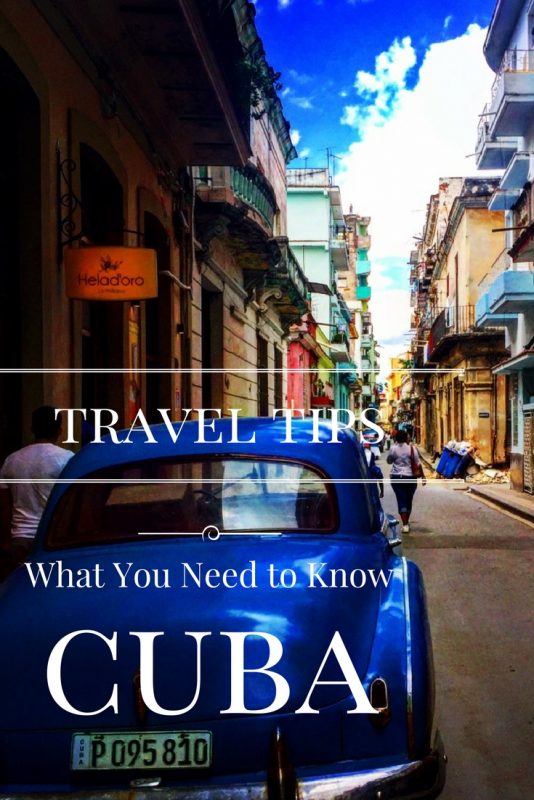 I loved staying in Vedado as opposed to right in the middle of Havana. It was built up in the 50’s so you will have a little more space, as well as nicer accommodations. It’s more residential, but still within walking distance to restaurants, bars, markets, and the ocean. Her Airbnb accommodations were $80 per night for a 2 bedroom.

I would not stay any further west of Vedado, as it becomes even more residential and harder to get to places. The other half of our group rented two different places in Havana. One was in Central Havana, one in Old Havana. Everything in both areas is very old, and beautiful, but on top of each other. It’s very busy throughout the day and night, so it’s great if you like to be in the middle of all the hustle.

The accommodations in those areas will be older, less space, but a ton of character. I would recommend choosing Old Havana over Central Havana, because they look the same, but Old Havana has more to do within walking distance. We spent 90% of our time in Old Havana, so it is worth staying there for convenience.

The Beaches of Cuba

The beaches are also a must, Kelly adds. I missed the beach day and was so bummed. My group went to a beach called Tropicoco, and it looked beautiful! I would do more beach time on my next visit.

Not to miss the white-sugar beaches of Cuba.

How to Avoid the Cuba Tourist Trap

One of the only negative things Kelly has to say is that Cuba is very much a tourist trap these days. No matter what we did, who we asked, they always directed us to places that they would get a commission from, and not what we wanted. Don’t ask your cab driver, don’t even ask the local bartender. They all send you to the most expensive Americanized restaurant.

The best meal we had was a little pizza place we stumbled upon, costing us $60 for 8 people. Then we asked a local for her favorite spot and it was horrible, costing $30 per person –still not much but the quality and atmosphere weren’t worth it! In fact, two different cabs took us to the same restaurant on different nights after asking their recommendation. 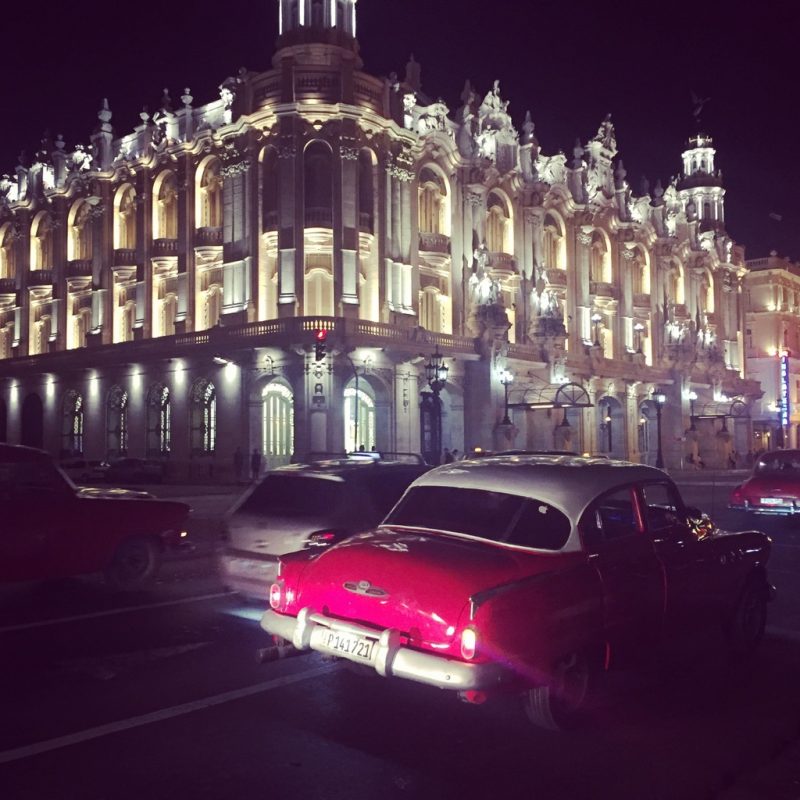 My advice: walk around, look at menus, and do not take advice from the locals. They all have a plan.  I highly recommend O’Reilly 304…great food and drinks. We went twice!

We also did a convertible tour around the city (fulfilling our Visa category selection). For first-timers, it’s fun and a good way to see the city, but also a trap.