What do we know about Toronto, other than it is in Canada? Well, it’s the provincial capital of Ontario. It’s the most populous city in Canada and the fourth most populous in North America. This major Canadian city features an energetic metropolis, with a skyline filled with soaring skyscrapers. From its islands to the CN Tower, what are the best things to to see in Toronto?

This post may contain affiliate links. If you click through and buy, TravelingInHeels will get a small commission. Thank you for your support!

It’s safe to say a lot of people live in Toronto and the number only continues to grow, with expected population to be over 9 million by the year 2036. In addition, the city sees millions upon millions of visitors each year, attracted by the great choice of museums, art galleries, shops, and restaurants.

Toronto, Canada, covers a vast area of land. You will probably need a car to get from A to B in Toronto because getting around a city of this size by foot and public transport is a brave undertaking! (Make sure you know where to turn if anything goes wrong. For example, see a company like this car accident lawyer based in Toronto).

Are you ready to see the sites? We thinks these are the best things to see in Toronto, Canada.

Why visit the 553 meter (1815.3 feet) tall CN Tower? Visit the top of a tower that’s over half a kilometre (about one-third mile) tall, the world’s 9th tallest free-standing structure. And then there are those great views!

Perhaps one of the best things to do in Toronto is to check out the glass deck. Or even dare to take the Edge Walk,the world’s highest full circle hands-free walk. Where you literally walk around the edge of the tower on a 5 foot wide ledge circling the top of the Tower’s main paid. Even with a rope in case you fall, this isn’t something for the faint of heart.

Visit One of the Most Storybook Castles You’ll Ever See

The Casa Loma is one of Toronto’s most well-known landmarks. It has to be seen to be believed. Wander the gardens, towers, stables, secret passageways, and fall in love with a venue that’s been used as a backdrop in multiple movies (including X-Men). And for those looking for an idyllic “happily ever after,” consider booking the castle as your wedding venue! 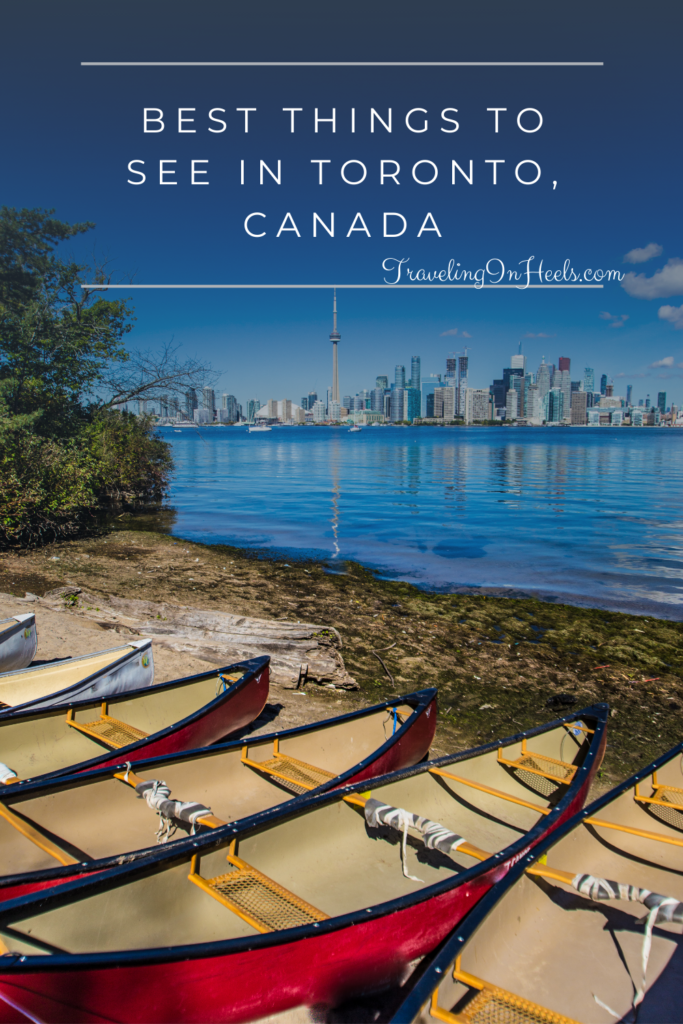 Located south of the mainland just over the water from the city center, Toronto lays claims to 15 islands inter-connected by pathways and bridge in Lake Ontario, accessed via 13-minute ferry ride. With over 820 acres of total landmass to explore, the islands have some interesting things to see and explore for all the family. Think picnic areas and beaches. Think yachting.

Take the family to Centreville Amusement Park (probably best visited in the summer, though, as winters in Toronto can get a little rain-soaked to say the least). The island community is considered to be the largest urban car-free community in North America, although some service vehicles are permitted

Bicycle, canoes, kayaks and paddle boats can be rented at Centre Island. The main beach is along the south shore and the beach on the west shore is clothing-optional.