And so continues my Big Island Hawaii adventure. I think the best way to showcase day two is by pictures, so take a look.

First stop is downtown Hilo for kava at the Bayfront Coffee, Kava & Tea. Kava is an age-old herbal drink, beverage of choice for the royal families of the South Pacific. It’s said to relieve stress and anxiety, relax muscles and relieve pain. I drank the suggested mix with coconut milk, and it was still bitter.  But I have to admit it did give me a bit of a buzz.

Next up, stop at ‘Imiloa Astronomy Center of Hawaii. A really cool stop that combines the study of astronomy with the local and ancient customs and legends. Needed a bit more time here to explore.

We detoured to Big Island Candies— for a teasing show of local chocolates.

Then we loaded back up for the Hawaii Volcanoes National Park, After a short hike the horizon revealed distant steam from the volcano.  Our park visit ended by walking through the lava tubes, (which felt like big round caves and challenged my claustrophobia) 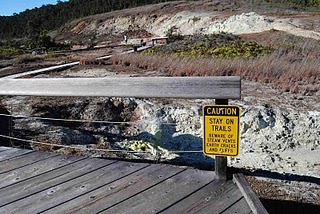 Another favorite moment:
*The local “dancers” choreographing stories and dance to the burning embers of the distant lava flows.

The sunset walk is another place that deserves time to really enjoy the ambience, closing your eyes and listening to the Hawaiian dancers perform a huli and oli (chants) with the drums beating in the background. The dances at Hawaii Volcanoes National Park performed a hula and oli (chants) devoted to Pele the volcano goddess who resides in Halemaumau Crater – that was where the glow emanates that we were observing
More tomorrow — or follow my adventures when they happen on http://www.twitter.com/dianarowe
Orlando, Florida Adventure Discover the Wizarding World of Harry Potter